2017 Acura MDX Sport Hybrid First Drive: Try To Figure This One Out

A lot of effort and engineering went into Acura’s new MDX Hybrid. But who’s it for?

My investigation of the Acura MDX Sport Hybrid actually started at a track in Japan a year-and-a-half ago when I got to test out the NSX for the first time. The NSX is a wonderfully manageable sports car, smoothing the challenges of taming 573 horsepower to something that a relative novice can handle, while still offering plenty of satisfaction for the trained driver. The three-motor hybrid powertrain in the MDX uses some of the exact same components that are found in the NSX – like the small, lithium-ion battery – while others have have been repackaged and reworked to be more efficient and/or more powerful. The power control unit is different, for example, here tuned for the larger SUV rather than the sedan or sports car feel, and the three-motor set-up has been reversed to put two motors in the back in the MDX and just one up front.

A lot of the engineers who worked on the NSX also worked on the MDX, directly bringing their experience from the halo model to improve the efficiency of the world's best selling three-row luxury SUV (a disclaimer-filled description we heard many times in Seattle). For these reasons and more, Acura is intensely keen on the MDX Sport Hybrid. Alongside the gas-electric powertrains in the NSX and the RLX, the MDX "completes our brand halo," says Acura boss Jon Ikeda. 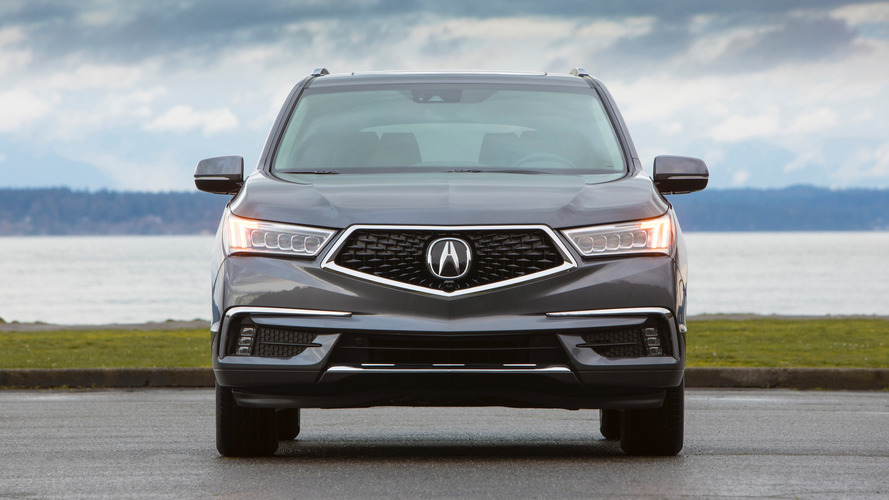 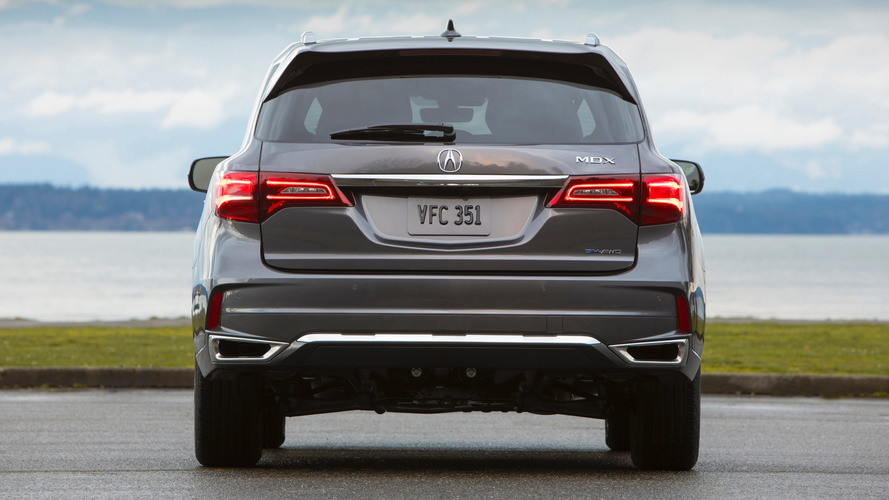 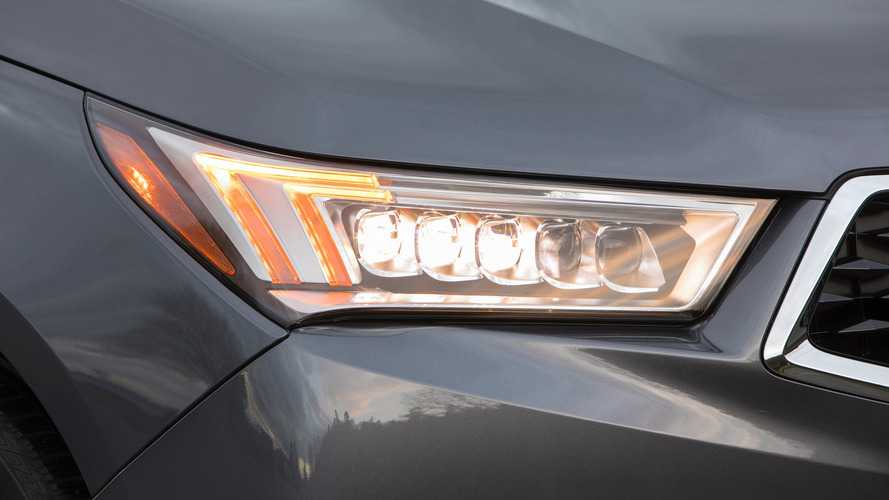 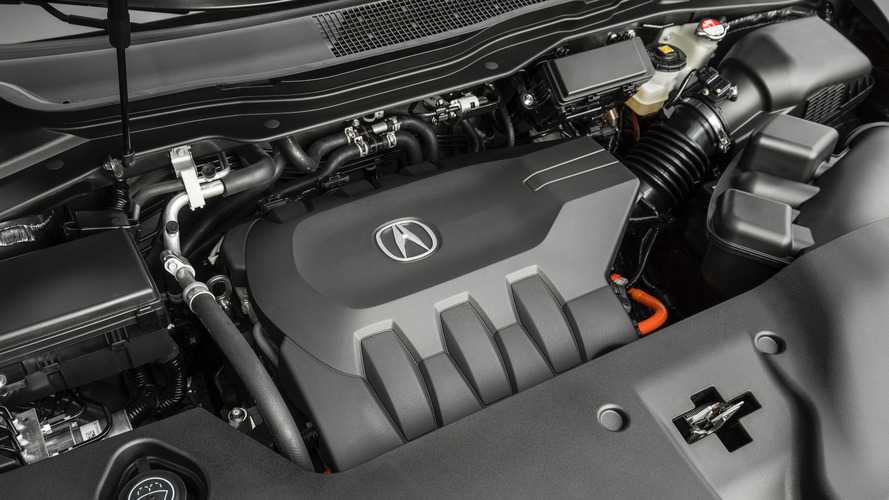 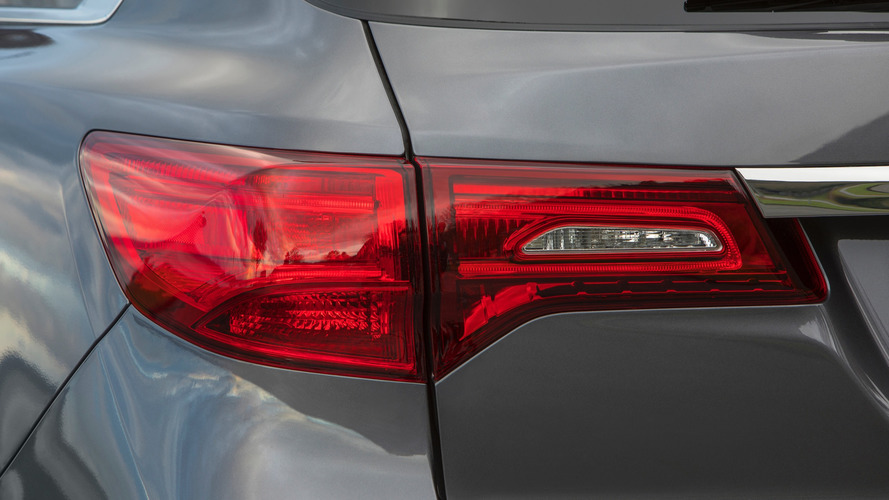 With all of the engineering effort that went into the MDX hybrid, what do we get out of it? Well, this is Acura's first-ever hybrid SUV, and it's also the company's most powerful production SUV ever. Even with the total system output of 321 horsepower (31 more than the non-hybrid MDX) and 289 pound-feet of torque (up 22), fuel economy gets a noticeable boost, up to 26/27/27 mpg (city/highway/combined), which is 8/1/6 mpg more than the gas-only model. So, more for less. What's not to like about that?

Nothing, that's what, but the big question is whether or not buyers will pony up the extra money for all of this tech and efficiency. While Acura is proud of the SUV, it’s not predicting outrageous sales numbers. In fact, Acura expects the MDX Sport Hybrid to make up only about five percent of overall model sales – something like 2,000 to 3,000 units each year. This makes sense, since the overall take rate for hybrid SUVs usually sits in the mid-to-high single digits. That said, if Acura trains its dealers right, the gas-electric MDX could do well. A similarly equipped, high-end, gas-only MDX SH-AWD Advance is only $1,500 less than the hybrid model – $56,500 vs. $58,000. Given that Acura's math says that a hybrid MDX driver can expect to save about $450 a year in fuel costs, the hybrid will pay for itself in just over three years. Of course, the base trim MDX does start at $44,050, so you'll really have to want the Advance trim’s tech options and AWD to make that particular bit of math work.

So can the MDX hybrid deliver both performance and efficiency? A quick lesson in the drive modes suggests that it can't. There are four – Econ, Normal, Sport, and Sport+ – but the MDX hybrid only manages to reach its EPA numbers in the first three. Those are the modes that the vehicle can default into when you turn it on (the MDX remembers what it was set to when it was turned off). You have to manually engage Sport+ every time you want it, which means it's not part of the EPA test. While Sport+ does boost the MDX's performance, it also means that the 3.0-liter V6 engine is always running, which naturally kills the fuel economy. Acura isn't saying by how much, but we were warned before our test drive that if we kept Sport+ engaged, we would not see fuel economy numbers like what the EPA says the MDX hybrid achieves. You've been warned.

Let's pretend, though, that you're a luxury kind of hybrid buyer. For you, the looks and style of the MDX are paramount, as are how the car envelopes you with comfort. On this front, the MDX more than makes the grade. For starters, the sound dampening is excellent, and the MDX hybrid is almost suspiciously quiet most of the time. Of course, when going back to Sport+ mode or pushing hard on the accelerator in the other modes, you’ll hear the engine when it’s on. But if just inching through traffic or driving calmly, the MDX does a great job keeping you isolated from the noise. 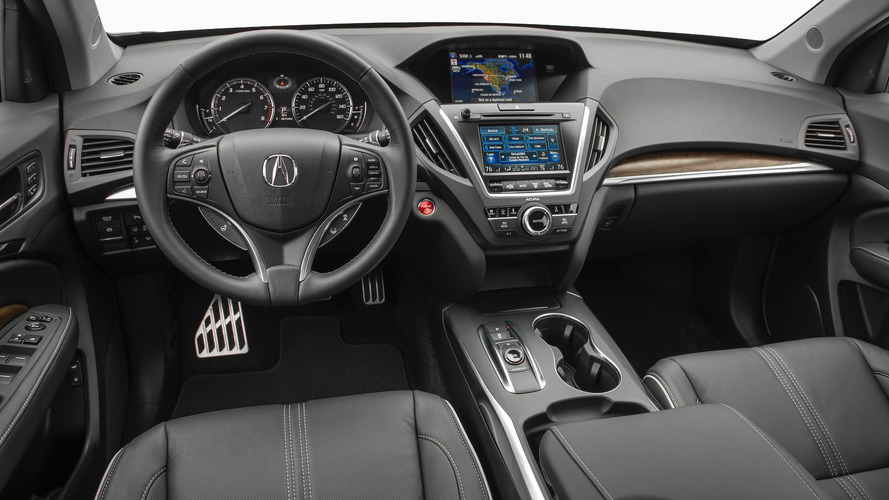 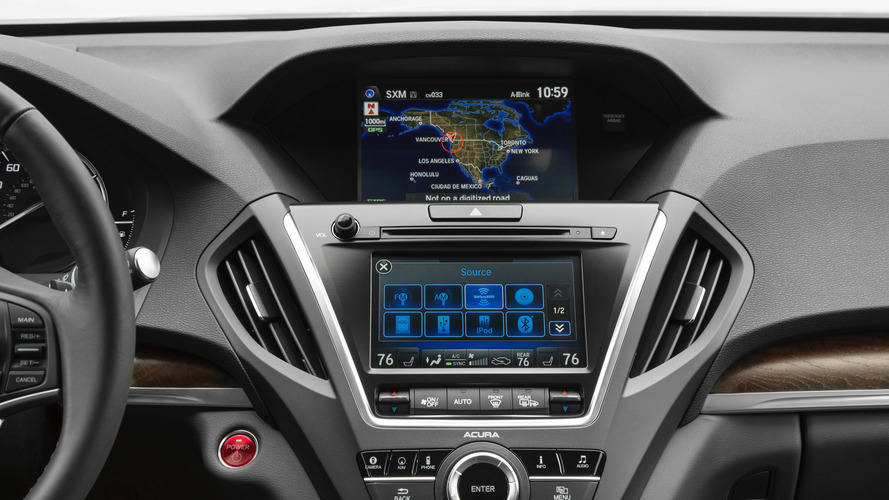 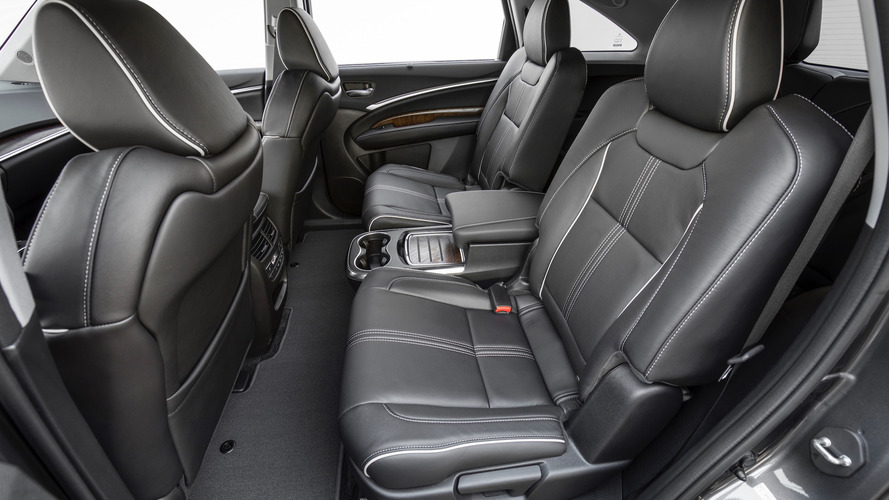 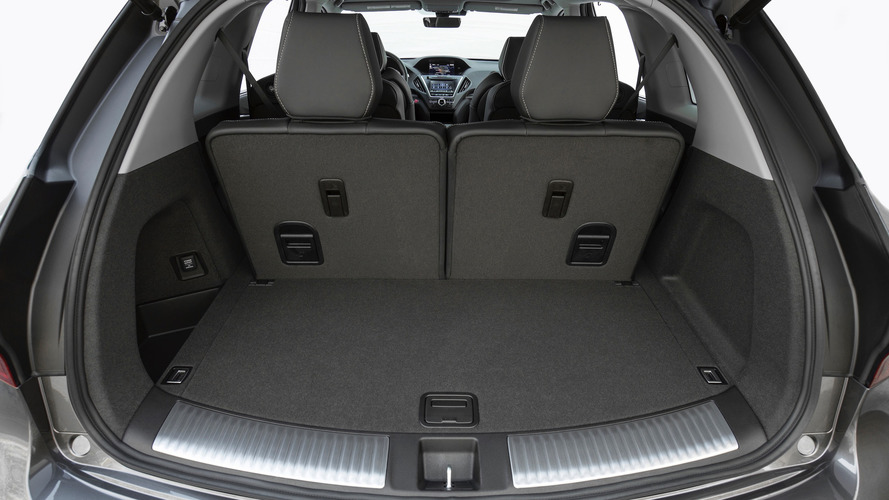 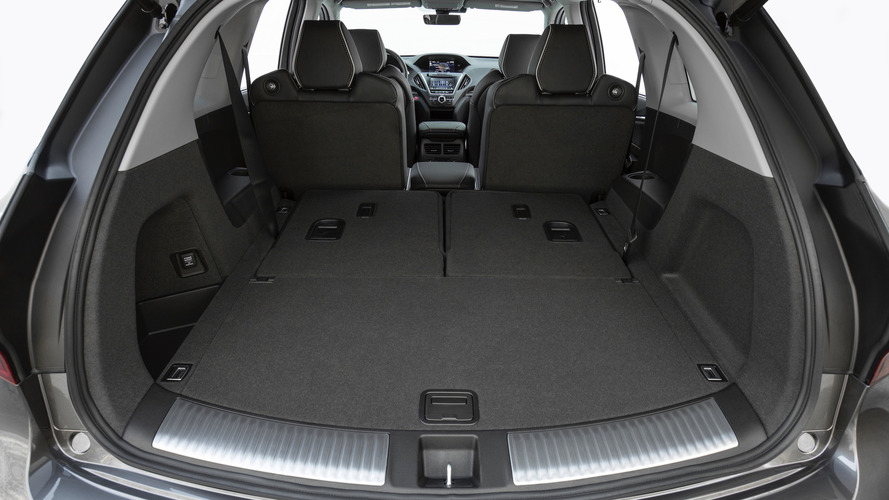 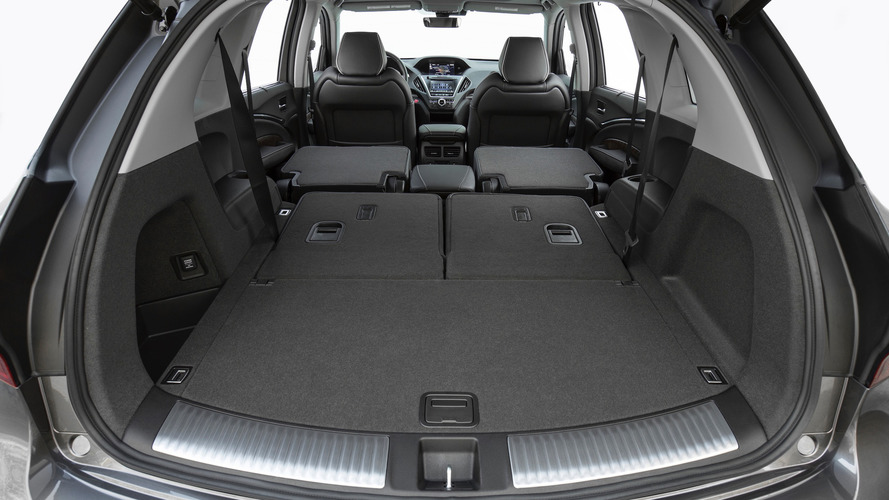 There's plenty of room in the silent cabin, too, with up seven seats and available second-row captain chairs. The dual-screen dash mostly works, even if the graphics look like there’s Windows 95 emulator working overtime back there. I can imagine this gets easy to use once you live with it for a while, but it is certainly noticeable when you first get driving. The lack of Apple CarPlay or Android Auto, on the other hand, will be frustrating the whole time you own one of these.

Speaking of driving, the MDX performs admirably in the suburban streets and foothill roads outside Seattle. The suspension works as well as it does on the standard model, and acceleration is more than appropriate, too, thanks to the three-motor system (a 47-hp unit on the front axle and a “rear twin motor unit” on the back that pushes out another 36 hp from each motor). Acura representatives said that they "kind of want the [hybrid] system to disappear" when you're driving, so you can enjoy the ride, but if you know that it's exactly that hybrid system that's giving you a better ride, then it's tough to forget that it's there.

Despite the NSX guts and the name, it's a stretch to call this a sport hybrid. Still, It's a darn good SUV.

Despite the NSX guts and the name, it's a stretch to call this a sport hybrid. Still, It's a darn good SUV, which doesn't slip going around corners the way you expect heavy beasts from other OEMs to do. Maybe that always-on torque-vectoring AWD is worth something after all.

The look is basically unchanged from the just-refreshed non-hybrid MDX, with only body-colored side sills and badges identifying the gas-electric from the outside. This means you've got the Diamond Pentagon Grille dominating the front end, which certainly doesn't stand out in a sea of chrometastic front ends on new, large SUVs from many OEMs (thanks to the Volvo XC90 and the BMW X5 for bucking this trend). On the back end everything seems to come together nicely. 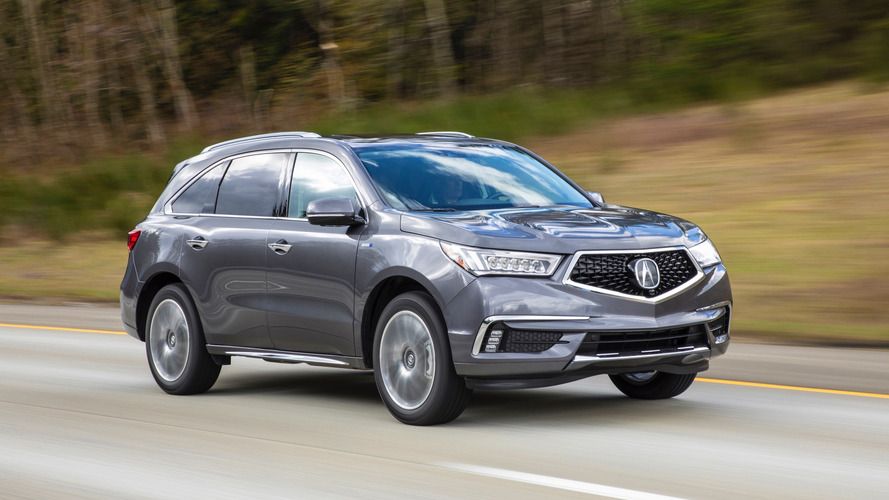 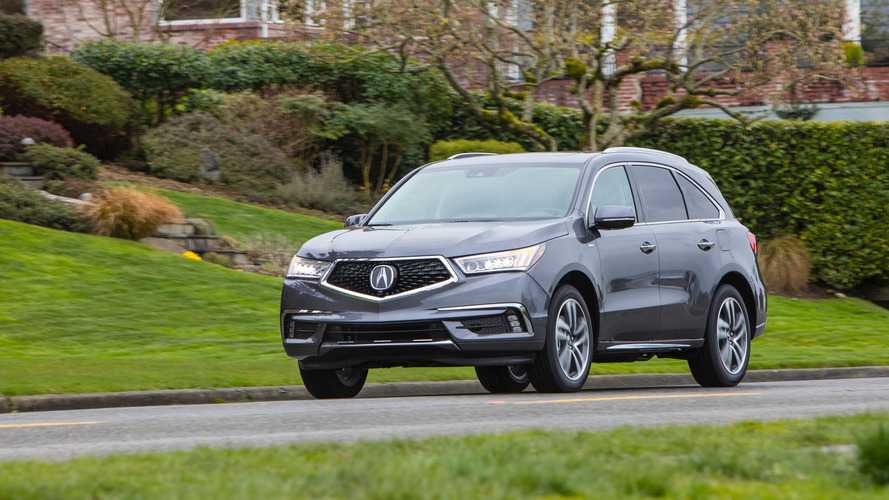 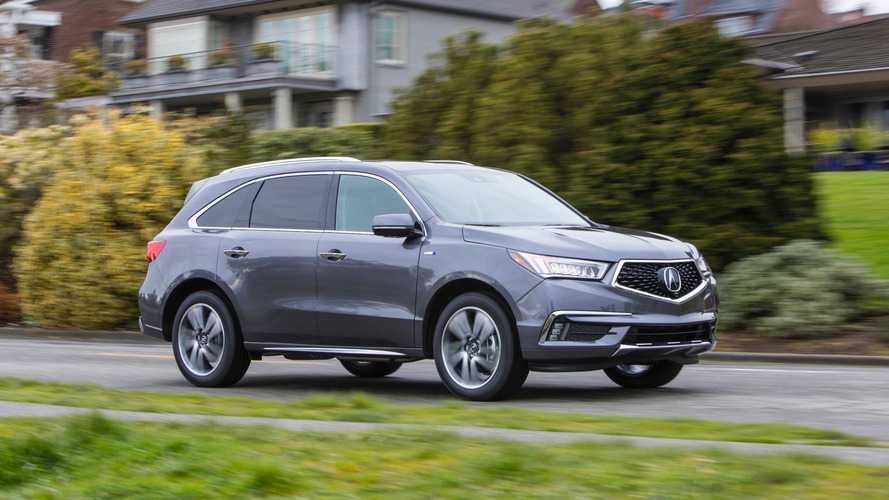 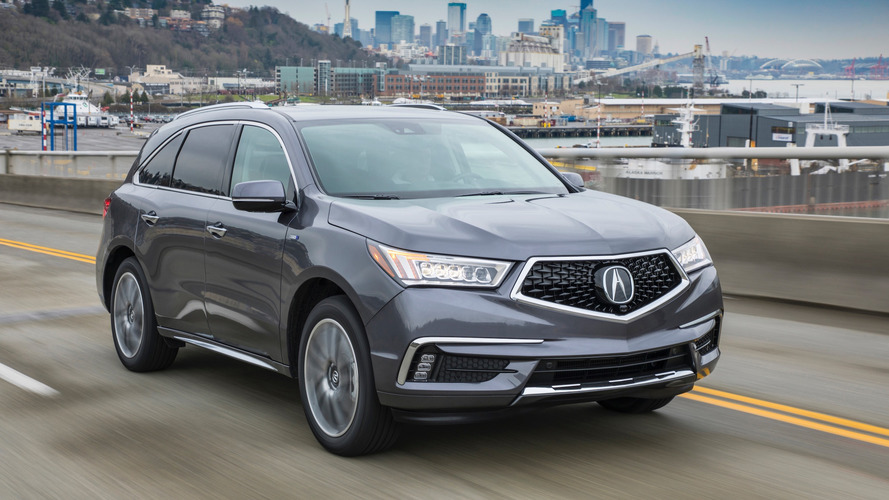 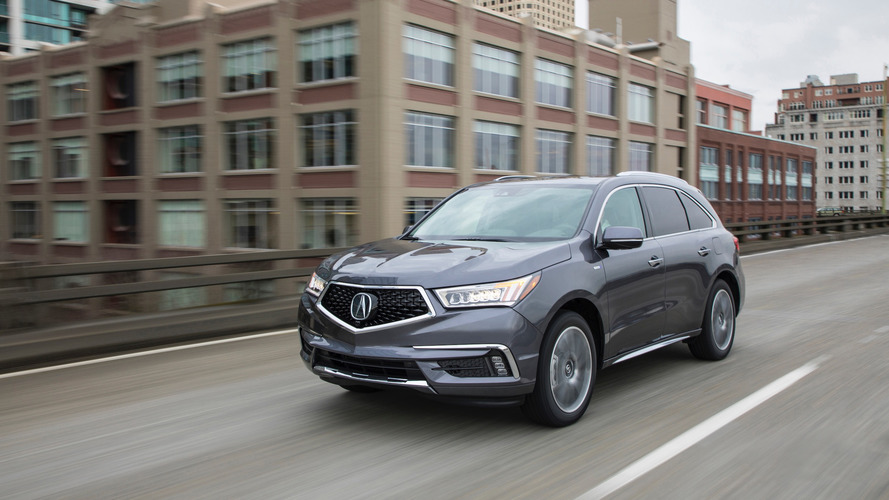 Inside, you'll find aluminum sport pedals as a visual indicator that this isn't the same old, non-hybrid MDX. The hard-foam-like materials that make up most of the dash and window sills are fine... for a Honda. In a $58,000 SUV, I'd expect something a bit more pleasant to the touch.

The MDX Sport Hybrid SH-AWD goes on sale at the end of April, which means we have a little more time to figure out just what it's all about and who it's for. When we put all the facts together, we see that the MDX hybrid offers better fuel economy and performance and that it's kind of a wash, cost-wise, if you were already looking at a optioned-up MDX SH-AWD. Even so, Acura doesn't expect to sell that many of them. In fact, Acura says that its target market for the MDX hybrid is younger, Gen X type (so, around 35) family that has a household income of around $250,000 a year. Outside of places like Seattle, that certainly sounds like a unicorn, as Acura freely admitted. We'll soon get to learn just how many of these horned beasts are actually out there.