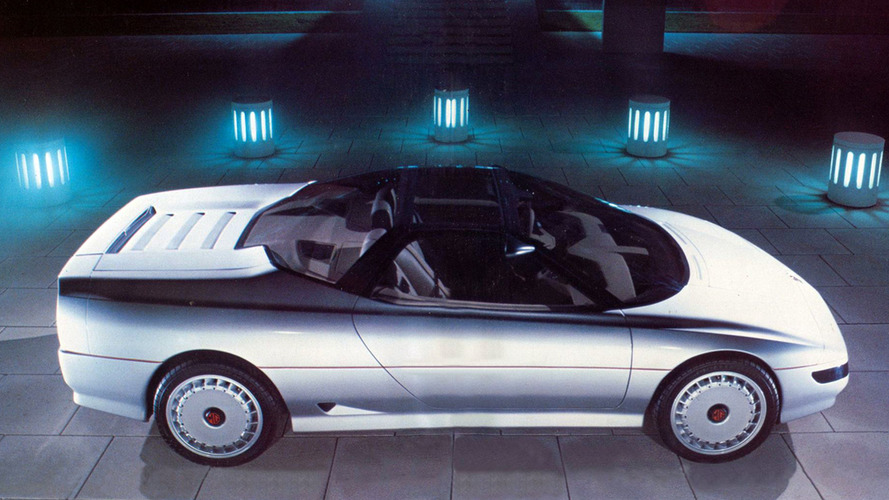 Because it was based on the reputable MG Metro 6R4 from where it inherited the 3.0-liter V6 engine and the four-wheel drive system. However, unlike the rally machine, the EX-E concept was envisioned by Austin Rover to be a proper road-legal supercar and some say that its design went on to influence the first-generation Honda NSX which was unveiled in production guise four years later.

Supervised by Roy Axe, the design was more than just a pretty face as the plastic body had a drag coefficient of only 0.24 thanks to the implementation of computer-aided design (C.A.D.) technology. A massive glass canopy was engineered specifically for the concept and the idea was to mimic a fighter aircraft.

The interior carried over the aerospace influence and proposed a high-tech cabin with digital screens and a credit card-styled magnetic key for access. Once inside, the key worked with the concept’s computers to activate the ignition, adjust the seats, mirrors, and even the air conditioning system. It packed a lot of gimmicks for a 1985 concept, including rain-sensing windscreen wipers, handsfree phone, and a light sensor to automatically dip the rearview mirror.

As for power, that V6 engine was detuned from the rally car’s 410 horsepower (306 kilowatts) to around 250 hp (186 kW) delivered to both axles via a five-speed manual transmission. Despite the major difference in output, the MG EX-E still had enough punch to hit 62 mph (100 kph) in less than five seconds before maxing out at 170 mph (275 kph). To be fair, these were all estimations made by Austin Rover on a computer as the V6 was never actually fitted to the car.

The EX-E was more than just a concept to show off at various car events, as Austin Rover put a lot of work into making it feasible for production. Unfortunately that didn’t happen basically because the company did not have enough money to make it. However, the MG F of the 90s did borrow some of the styling and hardware layout.