Just in time for Christmas.

What's going on at Shelby American? You'll have to wait nearly a month to find out, but it looks like another spiffed-up Mustang is on the way. For now, all we have to go on is a teaser post from Shelby on social media, showing a current-gen Mustang under a cover with a promise of something special on December 15.

That's literally everything Shelby has to offer right now, and it's the first time we've heard any such news from the Las Vegas-based tuner. So basically, we're an open book as to what might be under that cover. In fact, that vehicle may not even be the subject of this announcement.

Die-hard Shelby fans know that December 15 actually has a bit of history with the company. In 2009, it was the date that the former Shelby Automobiles became Shelby American ... again. We'll spare you all the legal details, but Shelby the company experienced some turmoil through the late 1990s and early 2000s, before the official return of Shelby Mustangs in 2006 with the Hertz GT-H.

Given the significance of that 2009 announcement, we doubt it's mere coincidence that December 15 was chosen for a new one. As such, the news could be corporate in nature. But that would be supremely boring, and from our experience, Shelby doesn't do boring very well. So here's another theory with a bit more pizzaz.

Back in 2009, the Shelby American announcement coincided with the 45th anniversary of the 1965 Shelby GT350. Ford ended modern GT350 production in 2020, but perhaps Shelby will create its own version? Things get a bit confusing here, because Ford's modern Shelby Mustangs (the GT350 and GT500) are actually built completely by Ford with Shelby branding. Specialty versions like the Super Snake or Signature Edition models are tweaked by Shelby. So with the GT500 and Mach 1 holding station at Ford, now could be a good time for a proper Shelby-modified Shelby GT350. 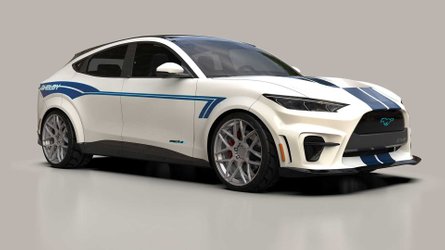 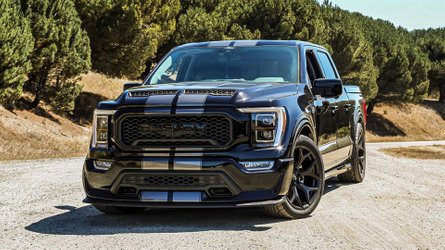 That's all well and good, but here's a theory that stands above the rest. Shortly after the GT500 returned in 2007, Shelby offered up a GT500KR with more power, tweaked suspension, and a presence so badass it became KITT in the failed Knight Rider reboot. Ford recently announced it was dropping the aggressive carbon fiber handling package as a GT500 option. Perhaps that's because a new GT500KR is coming?

We won't know the truth until December 15. Until then, discuss amongst yourselves.