Let's face it – no one really needs 626 horsepower in a midsize sedan. Even the entry-level 520i with roughly three and a half times less power (181 hp) has more than adequate performance, hitting 62 mph (100 km/h) in 7.9 seconds. It also happens to be about there and a half times cheaper than the M5 CS if we look at German pricing, but if you have the means to buy the range topper, then by all means…

The super sedan offers levels of acceleration we usually associate with hypercars, despite weighing a hefty 1,825 kilograms (4,023 pounds). YouTube's AutoTopNL took the most powerful BMW M car ever on an unrestricted section of the Autobahn to experience its neck-snapping acceleration provided by the highest specification of the twin-turbo 4.4-liter V8.

The numbers do really speak for themselves as the M5 CS hit 62 mph (100 km/h) from a standstill in 2.98 seconds, which is virtually the same as the manufacturer's three-second claim. Perhaps even more impressive is the sprint to 124 mph (200 km/h) considering the high-performance sedan did it in 9.67 seconds or approximately 0.6 seconds quicker than what BMW says.

With launch control turned on, the ultimate sedan from Bavaria completed the quarter mile in 10.64 seconds. The V8 powerhouse was put through its paces in a second high-speed run when the M5 CS effortlessly approached its electronically governed top speed of 190 mph (305 km/h). It's an impressive feat given the size and heft of the sedan and one has to wonder how fast an unrestricted car would be flat out.

The Most Powerful M Car Ever: 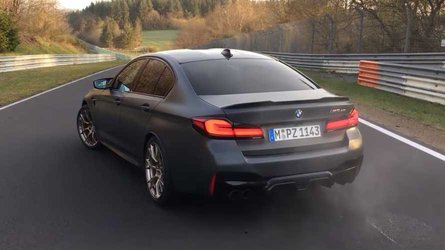 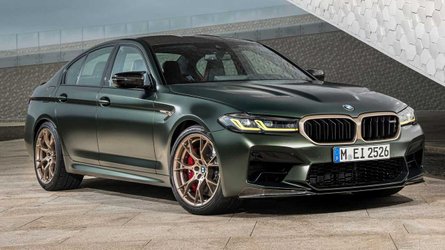 The electric era may be fast-approaching and there's no going back, but BMW demonstrates the ol' combustion engine hasn't breathed its last breath yet. Have we reached peak M V8 before adding electrification into the mix? It's quite possible, so those who want a top-tier pure gasoline experience will have to pony up the insane premium over the already pricey M5 Competition and act fast as the M5 CS is a limited-run affair.