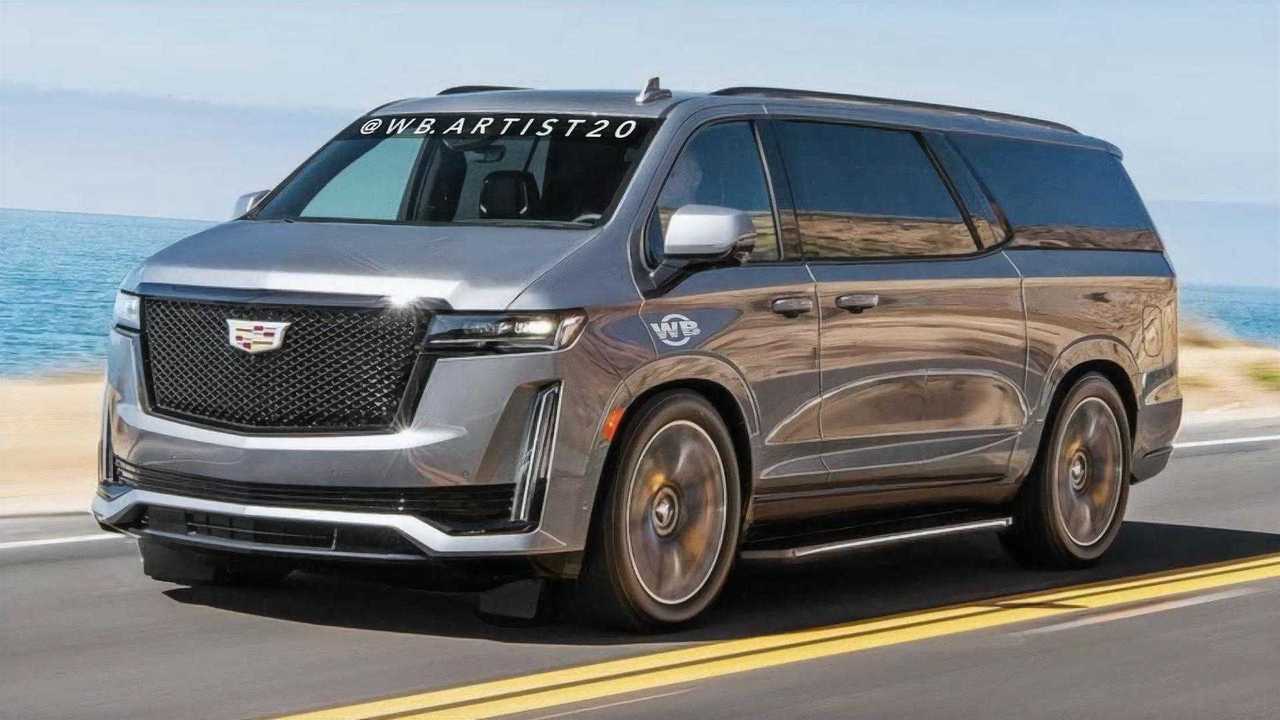 It'd give the Buick GL8 Avenir some company.

Over the last several years, Cadillac has worked to expand its lineup, introducing three new crossovers since 2017. However, there's still one model missing from the lineup – a minivan. Now, minivans and luxury may not feel like the perfect pairing, but General Motors plays in the space, offering the Buick GL8 Avenir in China. A new, unofficial rendering from wb.artist20 on Instagram imagines what a Cadillac minivan equivalent could look like.

It's a wild rendering creatively called the Cadillac Escavan that uses the new 2021 Escalade for its basis, which gives it an extra-tall appearance, far taller than one would expect for your typical minivan. However, the artist truncated the front clip and created the properly sloped hood many modern minivans wear, though they are starting to look more and more like crossovers with each new generation. The Escalade's tall front fits well with the overall design, though the SUV's C- and D-pillars look a bit odd.

The artist made the rear door is wider, too, which would allow for better ingress and egress for backseat passengers if Cadillac were to make it, which it won't. GM used to offer a range of minivan models on its U platform, which also underpinned the Pontiac Aztek. GM continues to use that platform today underneath the Buick GL8. The Avenir version Buick introduced last year packed it with the latest safety features, high-quality materials, and entertainment technology.

Thirty years ago, the minivan brought about the station wagon's demise, while the crossover and SUV try to do the same to the minivan today. The body style is holding on, though a resurgence in sales dominance is unlikely anytime soon. However, there are some markets that like such vehicles, such as China, where Mercedes offers the V-Class, while the Lexus LM gives the Japanese automaker a stake in the sales fight.