See Circuit Of The Americas In Texas Completely Covered In Snow 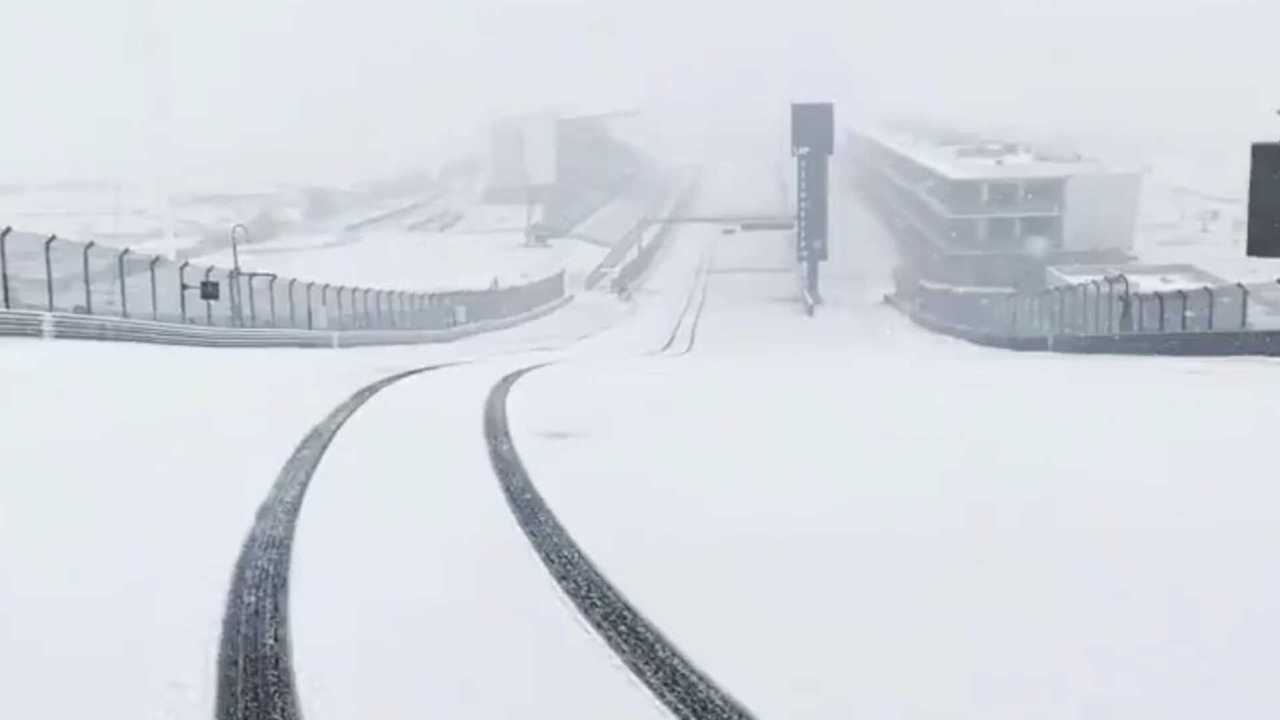 This isn't how a track in Austin, Texas, should look.

On average, Austin, Texas, receives less than an inch of snowfall every year, which makes this short video from the Circuit of the Americas so shocking. The clip shows what appears to be around a 3/4-inch of snow blanketing the track, and the white stuff is still falling down. If we were workers there, fighting the temptation to go sliding around would be a real challenge.

The storm on Sunday, January 10, dumped as much as six inches of snow in the county north of Austin and four inches to the south. Many parts of the city received over two inches, according to the Austin American-Statesman.

While this might not look like much to readers in chillier climates, this is ton of snowfall for folks who usually only see a few flurries every year. KXAN Austin reported widespread power outages in the area, and there were multiple crashes from folks who likely weren't used to driving in these conditions.

Driving In The Snow Can Be A Lot Of Fun:

The Twitter accounts for a couple of other famous tracks responded to the Circuit of Americas' video. Spa-Francorchamps offered a picture of the Eau Rouge corner in the snow. The even better shot (below) was from Circuito del Jarama from north of Madrid in Spain, which has experienced its own unseasonable snowfall recently.