Italian design with French influence, and only 12 are slated for production.

Yes, 2020 hasn't been easy but kudos to Ares Design for making the most of it. The niche supercar company brought its devilishly retro Panther to life back in July. The bonkers C8 Corvette-based S Project followed in September, with renderings of a roofless version called the S1 Project Spyder showing up just before Halloween.

Now, we have renderings of another project, and it's very different from the others. Among other things, this classy ride places the engine in front and treats passengers to an opulent, bejeweled interior. The design evokes roadsters from the 1950s, and to help make that live for you, it's presented in four exterior shades commonly seen from that era. Folks, say hello to the Ares Design Wami Lalique Spyder.

The name is something of a mouthful, but that's because of Ares Design's partnership with Lalique on this project. The French-based company specializes in crystal making, and it will adorn the roadster's two-tone interior with crystal embellishments from the center console to the doors. Leather, wood, and black-on-white gauges will round out the vintage-themed interior, though it will still be a modern machine with a large touchscreen display that rises out of the dash. 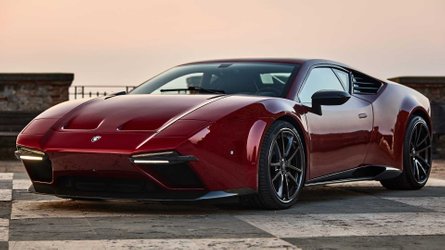 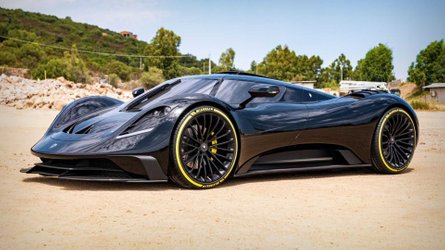 Outside, Ares Design says the Wami Lalique Spyder is perfectly proportioned. The long hood certainly captures the essence of classics like the Jaguar E-Type and C1 Corvette, while the wire wheels and fender vents practically scream Ferrari 250 GT California Spyder. The body will be made from hand-shaped aluminum and carbon fiber, but Ares Design isn't ready to share what's underneath the retro skin. A V8 is the obvious choice, though we wouldn't say no to a high-revving inline-six or a delectable V12.

"As work progresses, we can now begin to truly appreciate what a beautiful and unique car we are co-creating with our partner Lalique," said Ares Design co-founder Dany Bahar. "It is unlike anything we have produced before. The Wami Lalique Spyder will be a joy to own – the ultimate luxury accessory."

Pricing and availability are unknown at this time, but it won't be cheap. Ares Design only plans to build 12 production models.