It'll debut during the first quarter of 2021.

It’s a very important day at Toyota. The Japanese manufacturer is kicking its electrification program into a higher gear with the introduction of the new e-TNGA platform, which will underpin a series of new EVs the first of which was teased earlier today. The company’s Lexus luxury division also has cool new stuff coming in the form of a new electric concept that previews the brand’s future design language.

The single teaser image available so far hints at a high-riding machine with an updated version of the firm’s current X-shaped front fascia. The absence of a traditional radiator grille due to the lack of a combustion engine has allowed Lexus designers to create an even more aggressive and sharper-looking front end.

The Electrified Future Of Toyota And Lexus:

In a video accompanying the teaser image, Lexus lead designer Koichi Suga explains how new electrification technologies make an impact on the brand’s design. “The new vehicle movements made possible by electrification are something we are now trying to express as a shape.”

The yet-unnamed concept will be revealed during the first quarter of next year. It’ll preview the brand’s future production electric vehicles, which will benefit from the newly-launched Direct4 electric drive control system. Making its debut in prototype form today, it has been designed to precisely control the “delivery of drive torque from front and rear electric motors and braking force to all four wheels.” The system uses two electric motors, one for each axle, directly connected to the wheels for an instant operation reaction. 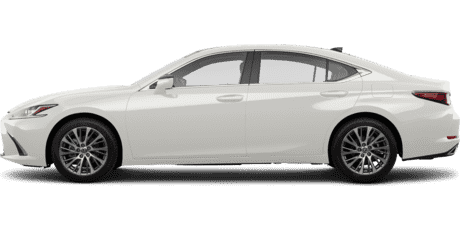 The new concept car and the Direct4 system are part of the brand’s Lexus Electrified strategy for electrified mobility in the future that was kicked off with the LF-30 concept last year. The program targets “a fundamental leap in vehicle performance, handling, control, and driver enjoyment,” according to an official statement by Lexus.