When was the last time you saw a 2 Series Coupe with a tow bar?

Between launching front-wheel-drive minivans and an electric SUV with a controversial design, it’s safe to say BMW is testing the limits of how much purists can accept from their favorite brand. Not all hope is lost for fans of Bayerische Motoren Werke as the next-gen 2 Series Coupe will remain true to its core – a small coupe with rear-wheel drive and a normal front grille.

It’s been spotted once again, this time around near the Arctic Circle where BMW was evaluating what seems to be a lower-spec 2 Series Coupe. It only has a single round exhaust tip rather than the dual arrangement with a more angular look reserved for the M Performance. It could very well be a base 218i since the 2 Series Coupe and the front-wheel-drive 2 Series Gran Coupe have an identical exhaust setup.

The prototype seemed to have all of the final bits in place, including the production-ready headlights and taillights. We’re also noticing the new door handle design is similar to what the BMW Concept i4 had, and it appears the test vehicle was carrying an extra layer of camouflage on the rear pillar. At the back, there seems to be a subtle trunk spoiler lip.

Our spies weren’t able to take a peek inside the cabin, but a previously spotted prototype had a dashboard design akin to the 2 Series Gran Coupe. That shouldn’t come as a big surprise since it wouldn’t make sense from a business point of view to invest in a whole new design and layout for just one model. A bit more variety would be welcome, and we’re hoping BMW will find a way to spice up the actual coupe of the 2 Series lineup to emphasize its sportier nature.

A new 2 Series Coupe means BMW is also cooking up the next M2, which is said to use a detuned S58 engine from the recently unveiled M3/M4. According to a report from earlier this year, the inline-six twin-turbo 3.0-liter unit is said to develop at least 420 horsepower and 406 pound-feet (550 Newton-meters) in a car bound to put on some weight due to its larger footprint.

The CLAR-based M2 will allegedly be offered with a six-speed manual and an eight-speed torque-converter automatic only to the rear axle as BMW has no intentions to slap on the xDrive badge. Switching to the CLAR platform opens up the possibility for a mild-hybrid setup, but even if it will happen, the electrified M2 won’t arrive from day one. 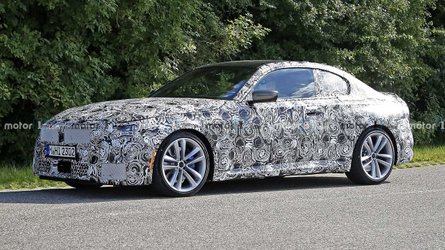 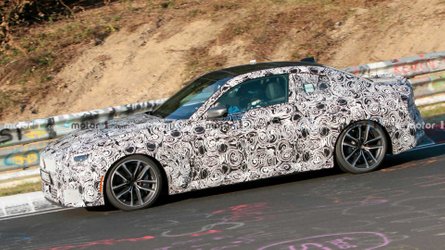