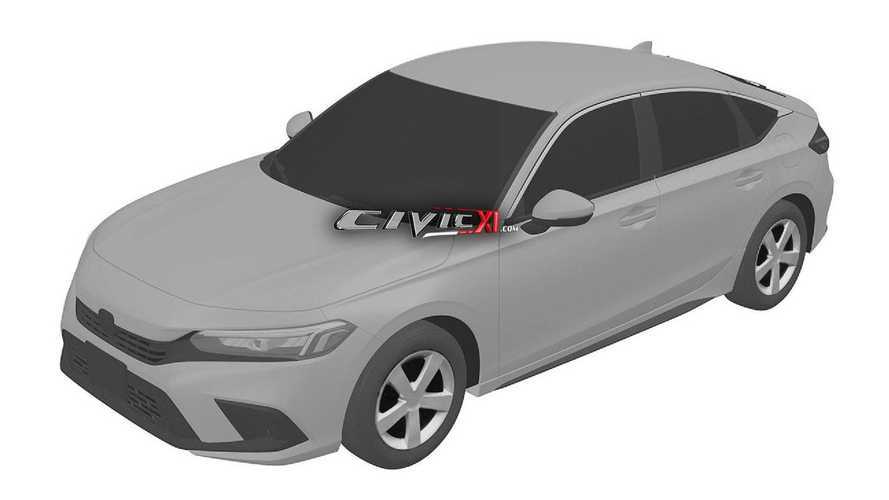 It's a more subdued look than the current one.

In July, Honda confirmed that the next-gen Civic would debut in the late spring of 2021. New design trademark images now potentially reveal the look of the new model in hatchback form. The Civic XI forum first posted these images.

Compared to the current Civic Hatchback, the front end has a somewhat boxier look. The headlights have a more trapezoidal shape that gets rid of the arching shape at the bottoms of the existing lamps. There's a two-tier grille with a smaller opening on top and a larger inlet on the bottom with a portion of the bumper separating them. Judging by these pictures, there aren't holes in the lower corners.

In profile, the Civic doesn't change much. There are fewer creases. Now, a line runs from the hoodline to the taillights. Another design flourish runs along the lower portion of the doors.

At the back, the new Civic adopts the trend of having full-width taillights. Compared to the current lamps, these pieces have a boxier shape. The bumper also has a simpler, more angular appearance.

As a whole, it appears that Honda's designers are moving away from the current Civic's aggressive, heavily creased styling. The overall proportions don't seem to change much, though.

Honda will move production of all variants of the next-gen Civic to North America, rather than building the current hatchback in Swindon, England. The company already confirms that a new Civic SI sedan. Spy shots also indicate that development is underway on the next-gen Type R. Rumors suggest the CTR might use a hybrid powertrain with an electric motor turning each year wheel and a 2.0-liter turbocharged four-cylinder under the hood. The output might be around 400 horsepower (298 kilowatts).