Mercedes-AMG One Hypercar Hits The Track, Gets Closer To Production

And they fixed the engine noise, thankfully.

For a while there, it seemed like the Mercedes-AMG Project One was never going to be real. After the concept debuted way back in 2017, we reported that the F1-inspired hypercar was delayed due to powertrain tweaks, and then again in 2019 for similar reasons. But over time we kept seeing spy photos and development video, suggesting that Project One is still very much a go. And today, Mercedes-AMG rubber-stamped that promise with a new series of images and video.

By the way, Project One refers to the development project, while the car itself is just called the Mercedes-AMG One – not confusing at all, right?

Lots of Attention For The One: 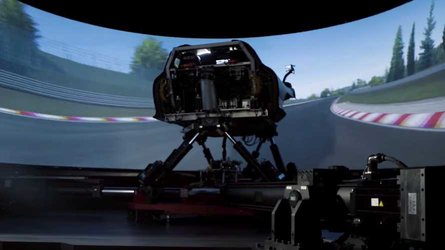 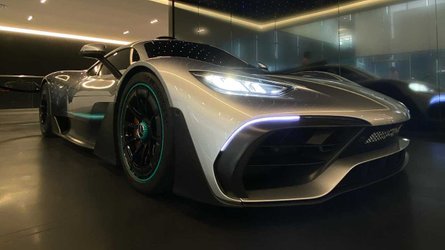 AMG One And Mark Wahlberg Visit Mercedes’ US HQ

According to Mercedes-AMG, Project One has now shifted from static testing to real-life, haul-ass-around-a-track testing, as evidenced by the video below. For the first time, the engineers have placed the finalized power unit in the car, too. In case you forget, it’s a roadgoing version of the turbocharged 1.6-liter V6 that powers the Formula 1 cars. Combined with three electric motors, the One’s engine is expected to produce over 1,000 horsepower (746 kilowatts) and rev to 11,000 rpm.

See our list of the Fastest Cars in the World that includes the Mercedes-AMG One.

Prior spy videos of the car showed off a rather dull-sounding engine, that left enthusiasts shrugging. Don’t worry, AMG says that was just a testing phase – the engine note from today’s announcement is much closer to what we can expect in the production-ready car. Long story short, they fixed it and the AMG One now sounds like a true spin-off of its open-wheel cousin (Hallelujah!). The same low-pitched howl and electric whine is on display for all to hear, bridging the gap between road car and race car.

Deliveries are still anticipated to start next year, of course barring any further pandemic-related delays. All 275 examples of the car are sold, at a price of $2.75 million each.