Toyota Camry Wagon Rendering Is The Venza We Really Want 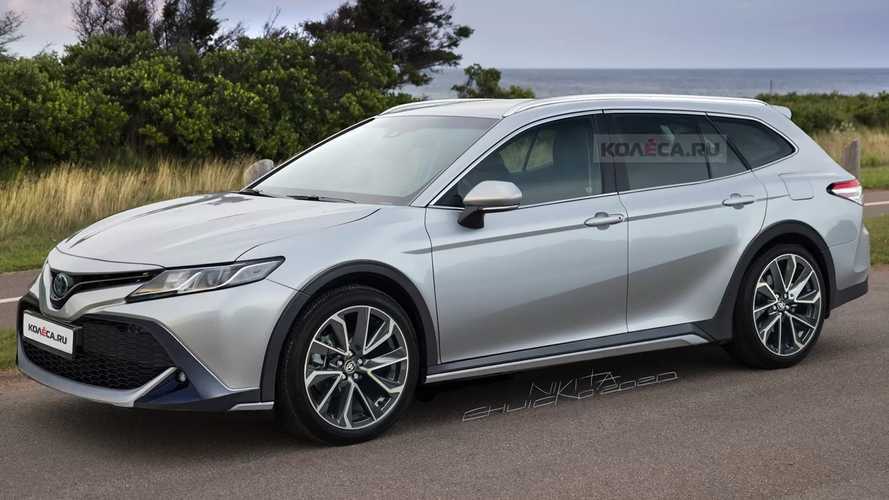 Just another reminder than you don't need a crossover to carry people and cargo.

The Toyota Camry remains a stalwart sedan in a sea of SUVs and crossovers. It was the best-selling sedan in America for 2019, taking eighth spot while ranking higher than notable SUVs including the Ford Explorer, Jeep Grand Cherokee, and even the GMC Sierra pickup truck. There used to be a wagon version of the Camry, but it’s been gone nearly 20 years. Perhaps now is the time for a revival.

A new rendering from Nikita Chuyko at Kolesa.ru imagines what a new long-roof Camry might be like, and color us impressed. Being auto journalists, we’re hard-wired to pretty much love all station wagons. But the current-generation Camry is arguably the best looking sedan of the entire run, and that taste of aggression in its styling translates well to a wagon shape. Rendered both from the front and the back, the result is a sporty people-mover with room for five and cargo space in the back, just like you’d get from any number of SUVs currently available.

More Renderings To Check Out:

What If Chrysler Relaunched The Aspen? Check Out This Rendering
⠀

Would Toyota consider such a vehicle? It’s highly doubtful a Camry wagon would ever return, as it would compete with the automaker’s RAV4 which sells even better than the Camry. Furthermore, Toyota kept a toe in the wagon water with the oddly-proportioned Venza, and that crossover/wagon never took off with buyers. The moniker is now poised to return in 2021 with a hybrid design that’s far more crossover than wagon, meaning Toyota already has plenty of choices for buyers wanting space for people and things.

Never the less, station wagons – once the quintessential boring family vehicle – remain a curious choice for enthusiasts who want the extra space without the negative performance side effects that come with increased ride height. A TRD Camry Wagon certainly could be fun, but alas, we’ll never know for sure.