Consumer Reports Names Cars Most Likely To Blow Their Engines

We all know that our cars won't last forever, and we also know that our vehicles will break down after some time. It's all part of car ownership, and as with anything mechanical, there is a limit in mileage or usage, before things start going wrong. Good on you if your warranty or service package covers it, but things can get real expensive real fast if the problem happens to be an engine. Thanks to the extensive data that Consumer Reports has gathered over the years, they've compiled a list of vehicles that have the most number of engine issues, and it's something you may want to look into if you're shopping around for a second-hand car. 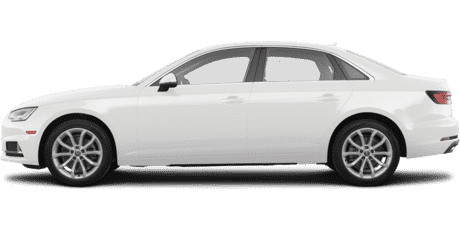 It's also helpful that the cars listed have specific years, models, and engines. They've also noted the mileage at which you can expect engine problems to occur, as well as any suitable alternatives to the vehicle that won't have any engine problems at all. Interestingly enough, there are only two European cars on the list, as well as only a single Japanese one (despite all the Subaru jokes, right?).

Topping the list as the car that has the most engine issues is a 2009-2010 Audi A4 with its 2.0-liter engine. Engine problems commonly pop up between the 107,000 and 153,000-mile mark. If you want a similar car with none of these issues, the Lexus ES, Infiniti G, and Acura TL are listed as alternatives. The 2008 Ford F-350 equipped with the 6.4-liter diesel engine makes it to second with issues bound to happen around 65,000 and 119,000 miles. No alternatives are listed for this truck, unfortunately.

The quirky 2001 Chrysler PT Cruiser comes next, with its 2.4-liter gasoline mill. Expect engine problems to occur around the 102,500 and 133,000 range, but you can always get a hassle-free Toyota Matrix instead.

Consumer Reports Has Some Comprehensive Stuff:

If you want to see the full list, check it out here. Of course, as with all vehicles, always remember to follow your maintenance schedules by the book and have the work done by reputable shops and mechanics. Preventive maintenance can extend the running condition of your car by a lot, and it'll save you more in the future.