Demand For Every Infiniti Model Decreased In The U.S. Last Year

Infiniti USA’s sales numbers for 2019 are in, and they aren’t pretty. Nissan’s premium brand had a rough year as demand dropped from 149,280 to 117,708 units, representing a worrying decrease of 21.1%. Not only that, but each and every single nameplate saw a sales decrease in 2019, with the biggest one percentage-wise being the Mercedes GLA-based QX30.

The luxury compact crossover was delivered to only 3,229 customers in the United States, which equals to a sales drop of 60.1%. It’s not that big of a surprise seeing as how Infiniti themselves admitted at the beginning of 2019 the QX30 does not represent a successful product, promising to develop a successor without any ties to Mercedes-Benz and its revamped GLA.

The Q60 suffered the second largest fall compared to the previous year as demand for the coupe took a 44.4% hit to 5,043 units, while the Q70 also experienced a massive decline of 43% to 2,552 cars. We should point out the big sedan will not live to see a 2020 model year in the United States as Infiniti is pulling the plug at the end of 2019MY.

Infiniti celebrated its 30th anniversary last year through several “Edition 30” models introduced towards the end of 2019, but those weren’t enough to turn the tables. The QX50 and Q50 models saw a sales drop of 26.7% and 25.2%, respectively, while the only two models that didn’t suffer from a double-digit decrease were the QX60 and QX80. Demand for these larger SUVs went down by “only” 8.9% and 0.5%, respectively. 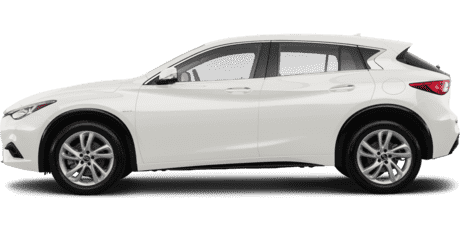 Is there something on the horizon that could revive Infiniti’s sales performance in the U.S.? Well, the new QX55 crossover-coupe will hit dealers during the summer and will be positioned between the QX50 and QX60 to take on the likes of the BMW X4 and Mercedes GLC Coupe.

NASHVILLE, Tenn. – INFINITI USA reported its December 2019 sales today, with the QX80 full-size luxury sport utility vehicle having its best month ever, with deliveries of 2,580, a 9 percent increase.