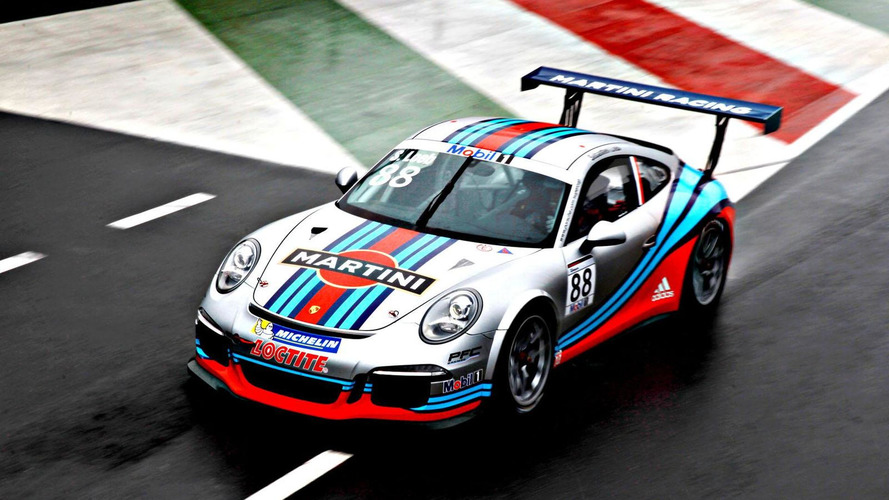 Porsche and Martini have revived their long-standing partnership after a five year absence.

Porsche and Martini have revived their long-standing relationship after a five year absence.

In honor of their 150th anniversary, Martini will field a Porsche 911 GT3 Cup at Barcelona on May 12th. The car will compete in the Porsche Mobil 1 Supercup and be driven by nine-time world rally champion Sébastien Loeb. Loeb will compete in the first two races, while an unnamed second driver will take the wheel at a third race in September.

According to Jonas Krauss, Head of Porsche Mobil 1 Supercup, “From the first day the beloved stripes of Martini Racing decorated a Porsche 906 in 1968, the illustrious pairing has gone on to claim some of motorsport’s most coveted titles, including numerous Le Mans 24 hours titles, during what is now considered to be a classic period of motorsport. We’re excited to be once again partnering with Martini in its 150 anniversary year.”