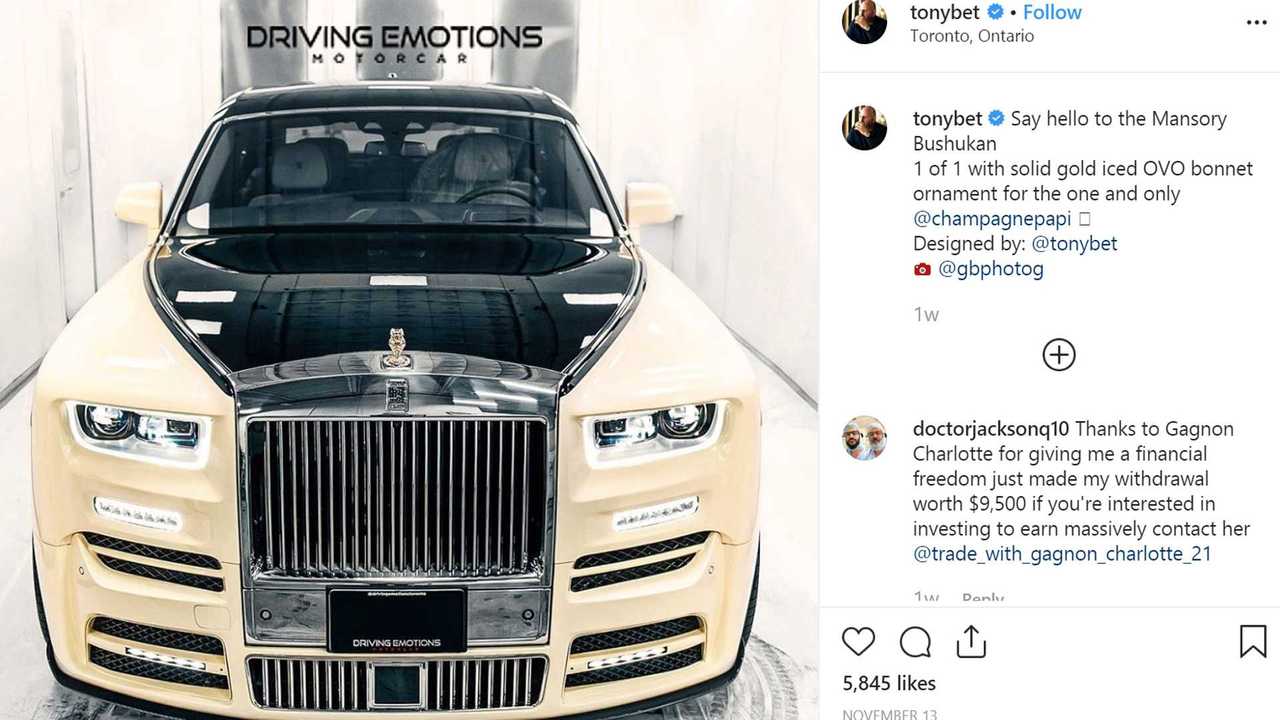 It's probably worth more than the entire car.

Drake certainly has a flair for dramatics. The rap icon has sold over 170 million albums since hitting the music scene in 2019, and with that kind of success comes all kinds of cash for going bonkers on cars. His latest acquisition is a Rolls-Royce Phantom, but being this is Drake’s new ride, it’s not just a Phantom – if such a thing exists. Among other things, it has a custom golden owl for a hood ornament that’s also covered in diamonds. More on that in a bit.

The car is a product of Tony Bet, who has the enviable task of being Drake’s personal vehicle designer. Having someone else design your custom vehicles might seem a bit disingenuous for a motoring enthusiast, but Drake’s rides are at least rather tasteful compared to some celebrity vehicles we’ve seen over the years. This Rolls-Royce receives a Bushukan upfit from noted affluent aftermarket company Mansory, with the notable change being the two-tone finish which combines black and a special shade of pale yellow based on the Bushukan fruit. The interior receives a matching scheme, and naturally it wears a special set of wheels, among other things. We’ve seen some pretty outlandish offerings from Mansory but honestly, this two-tone treatment suits the elegant Rolls very well.

One item decidedly not from Mansory is the aforementioned hood ornament. The owl has been a thing with Drake for years, and it’s also the symbol for his record label OVO Sound, so having it affixed to the Phantom’s nose isn’t just a random act of weirdness. As mentioned, the owl is solid gold and uses diamonds for its eyes. Diamonds also encompass the entire base, with Drake’s name engraved for good measure.

We have no idea how much the hood ornament is worth, but we’d guess it’s easily valued at more than the Phantom itself. Is this why fans booed him off the stage recently at the Camp Flog Gnaw music festival? They were reportedly expecting a surprise appearance from another artist, so no owl hate there. Take this car to Pebble Beach, however, and all bets are off.