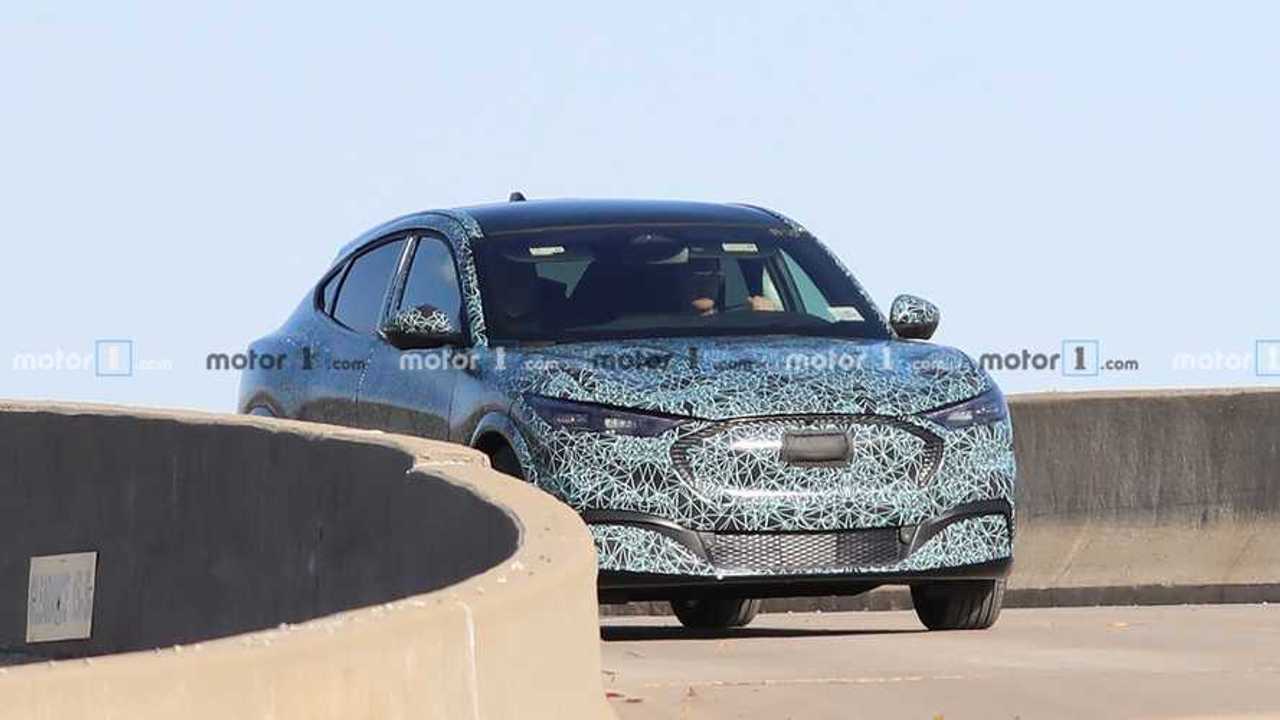 Whether it's called Mach E or something else, these photos leave little to the imagination.

We’ve seen prototypes and concepts of an electric Ford Mustang, but the first actual Mustang EV – or rather, Mustang-inspired EV – will be revealed on November 17 ahead of the Los Angeles Auto Show. That’s just 10 days away as of this article posting, and we’ve speculated how the new crossover will look based on Ford’s teaser. But today, spy photographers caught a clear look of the production model wearing just a thin body wrap so yeah, no more speculation is required. At least in the looks department.

There’s certainly an unmistakable Mustang flavor happening here, starting with the not-a-grille grille up front and thin headlights at the corners. The roofline holds a similar – but not identical – line to the two-door pony car, and the iconic three-bar taillights are clearly visible at the rear. The body wrap hides smaller details on the exterior, but overall this is pretty much the electric crossover before Ford wants you to see it.

There is one feature still covered, however, which holds some mystery for Ford’s Mustang enthusiasts. The emblem in the center of the grille is fully obscured by black tape, and even with photos zoomed in to the max, it’s impossible to say exactly what’s there. It is a typical Blue Oval badge? Is it Mustang’s iconic horse? Is it something new? After the tremendous backlash following Ford’s original announcement this would be the new Mach 1, the automaker has taken great care in referring to this simply as a Mustang inspired crossover. It may not even bear the Mustang name, though a Mach E trademark filed some time ago suggests this could well be the crossover’s moniker.

Regardless of the name, this will be Ford’s first volume production offering build as an electric vehicle from the ground up. As far as crossovers go it certainly looks sporty, but whether Ford’s strategy to invoke the Mustang’s pedigree pays off in sales, only time will tell.