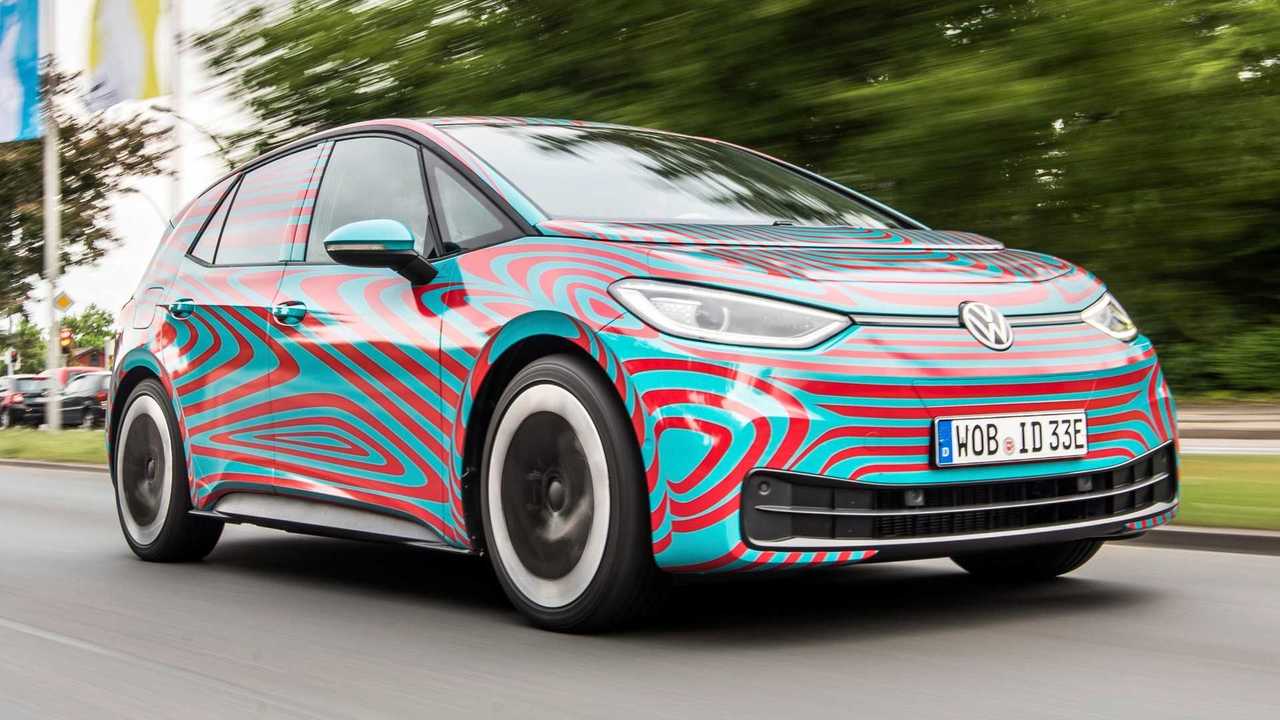 Volkswagen has just announced that volume production for the eagerly awaited ID.3 electric car will start in November of 2019. This is the first car based on the new MEB platform and was shown as a concept car in 2016. The electric hatchback has been teased several times, and will be shown for the first time to the public at the 2019 International Motor Show (IAA) in Frankfurt. Aiming to start the largest electric vehicle offensive in automotive industry, the Volkswagen Group is also ready to produce 33 more vehicles off of the MEB platform in the next three years.

“The production start of the ID.3 in November will usher in an entirely new era for Volkswagen – comparable with the first Beetle or the first Golf. Our conversion work is proceeding entirely to schedule. The first 400 pre-series ID.3 vehicles are already on test routes throughout Europe. With the ID.3, Zwickau will become a genuine pioneer of e-mobility,” says Thomas Ulbrich, Member of the Volkswagen brand Board of Management responsible for E-Mobility.

The cars are to be produced at the Zwickau plant, which is set to be turned into Europe's largest and most efficient electric car plant. With the transition from combustion to electric production having started as early as 2018, the plant will be completely transformed into an all electric vehicle facility by 2020. With more than 1,600 production robots installed and new technologies applied to the assembly line, the plant will be able to produce 150 more cars a day, bringing the daily total to about 1,500.

The first set of deliveries will be planned for the summer of 2020. With over 30,000 reservations received, those who booked an early production slot of the first edition of the ID.3 will have first dibs.