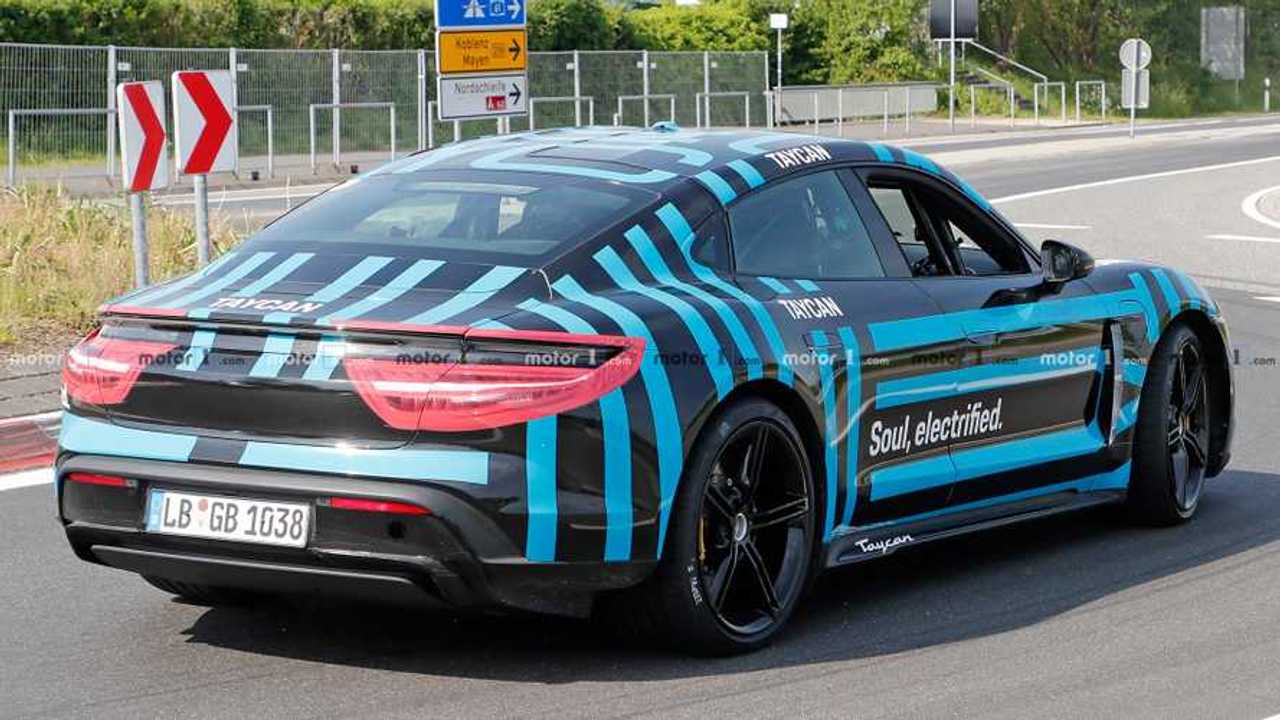 Without overboost, output is "substantially in excess of 600 hp."

Debuting in precisely a week from today, the 2020 Porsche Taycan is widely regarded as one of the most important EV launches of the year. We still have to wait until September 4 to discover all the juicy technical specifications, but today we can confirm there will initially be two versions of the Tesla Model S rival from Stuttgart.

According to a report from Autocar, both of them will offer “substantially in excess of 600 horsepower.” The hotter of the two will throw ceramic brakes into the mix, along with a stiffer suspension setup and all-wheel steering. In addition, the spicy variant will ride on large 21-inch alloy wheels wrapped around in sticky tires.

The two Taycans are going to share a battery pack with a capacity of more than 90 kWh and an overboost function that will last for two and a half seconds. In the case of the more potent derivative, the combined output delivered by the two electric motors will be “well over” 700 hp and more than 750 pound-feet (1,017 Newton-meters) of torque with the overboost activated. The massive amount of power will enable the electric sedan to do the 0-62 mph (0-100 kph) sprint in well under three seconds, maybe even 2.5s, despite the Taycan’s hefty curb weight of roughly 2,250 kilograms (4,960 pounds).

According to Autocar, the flagship version of the Taycan will offer “violent” and “explosive” acceleration thanks to its monstrous instant torque. Naturally, the British magazine says Porsche’s first EV is tons of fun to drive, although not nearly as exciting as the all-conquering 911. One feature some customers might not like will be the sound enhancer, which will basically amplify the whine coming from the electric motors and send it through the speakers.

All will be revealed in seven days, so the four-year-long wait since the Mission E concept’s debut at the 2015 Frankfurt Motor Show is nearly over.