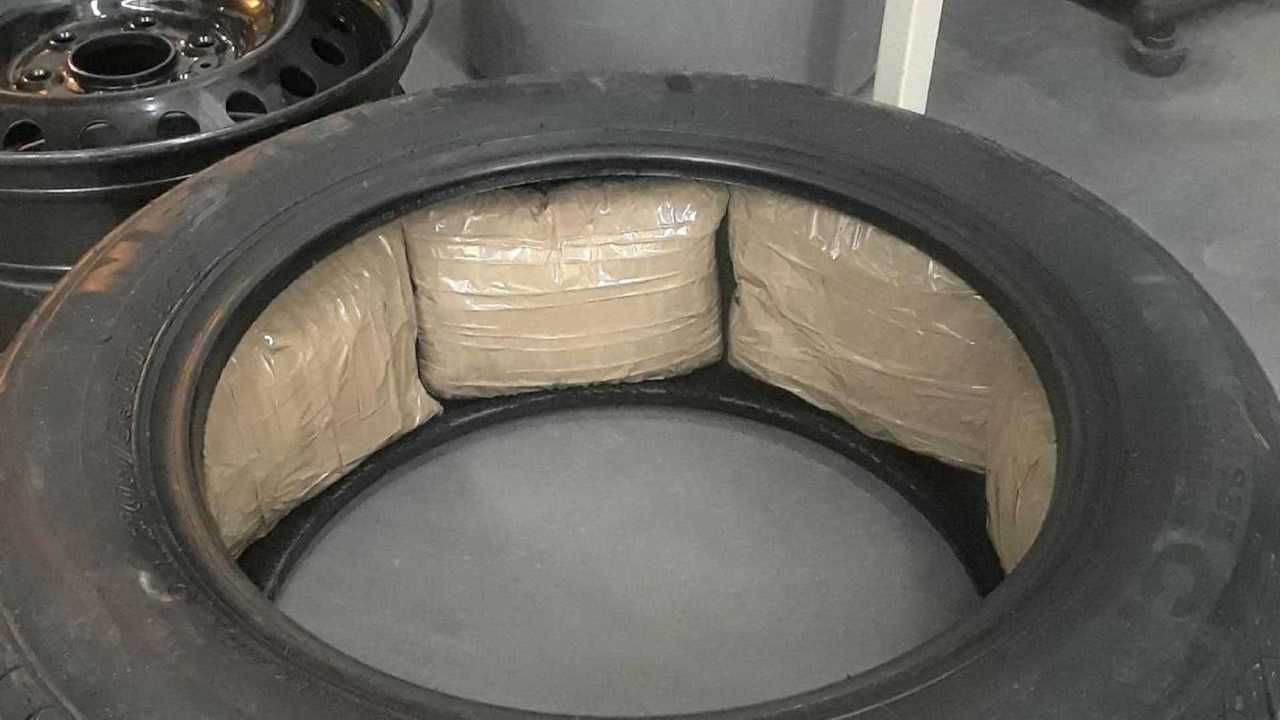 A dealer and a dealership are not the same thing.

Criminals have no shortage of finding creative ways to smuggle drugs. The possibilities are endless, keeping law enforcement personnel on their toes. However, one shipment of illegal methamphetamine from Mexico went awry when they ended up at the wrong dealer. Instead of in the hands of drug dealers, the drugs landed at 13 Ford dealerships across eastern Canada, the result of a costly logistical mistake made by the smugglers. Oops.

According to the news release from Ontario Provincial Police, employees at four dealerships, tasked with inspecting the newly arrived vehicles, discovered non-spec spare tires in several of the Ford Fusion sedans. Upon closer inspection, the employees found the tires packed with packages of meth. The employees then called the authorities. Police contacted Ford who provided shipping information for the vehicles.

Nine of 14 vehicles searched at the 13 Ford dealerships contained meth. Six vehicles on a second rail car from the same shipment in Mexico were also found to contain meth. The police were then able to stop a similar shipment of cars as it entered Canada. Nearly 400 pounds (180 kilograms) were discovered packed into the cars, which the police estimated had a street value of $4.5 million.

It appears Ford and the rail company were exploited by “ a well-established, organized crime group,” according to police, pointing to the Sinaloa drug cartel in Mexico. Subsequent inspections of vehicles from the Hermosillo, Mexico factory have yielded no drugs. It appears to police the criminals have abandoned tire packing and vehicle shipments to distribute and smuggle drugs.

Drug smuggling is a vast, multi-billion-dollar criminal enterprise that’s a modern-day Hydra. No matter how many smuggling lanes police close, smugglers will find new ways to transport drugs. While the cartel is no longer shipping them packed in the spare tires of Ford Fusions, there’s little doubt the drugs are still flowing across borders.

These drug mules have four wheels

Imagine you are a mechanic at a car dealership responsible for unloading sparkling new vehicles from a truck shipped by rail from an assembly plant. The 'new car smell' permeates as you peel the protective plastic from the seats and install the floor mats, mud flaps and dealer 'badges', as you've done many times before. In the trunk is a spare tire but it's heavier than usual. Each suspicious spare tire contained several one-kilogram packages of methamphetamine or 'meth'.

Sensing something amiss in December 2018, sharp-eyed employees at four car dealerships in Ontario contacted their local police service when they discovered the spare tires in the newly-arrived vehicles weren't intended for that make and model.

The Greater Sudbury Police Service and the Collingwood and Caledon OPP Detachments were notified by the company which prompted a more in-depth, coordinated investigation, called Project SEBRIGHT. At that point, members of the OPP-led Organized Crime Enforcement Bureau (OCEB) became involved and engaged with the manufacturer to find out if those initial four cars were part of a common shipment, how many other vehicles may have been part of the same shipment, where they were, and where all of the vehicles within that batch had originated.

'We discovered the vehicles containing meth had been shipped together, by rail from an assembly plant in Hermosillo, Mexico,' said OPP Superintendent Bryan MacKillop, OCEB commander. 'In working with our international law enforcement partners, we understand that the powerful Sinoloa drug cartel is well-entrenched in that area of Mexico.'

With follow-up information from the manufacturer, the OPP further inspected ten more vehicles from that same shipment. In total, nine of the 14 vehicles searched at 13 different dealerships from the first shipment that stopped in Ontario were found to contain meth. Cars that were on a different rail car but part of the same shipment from Mexico made their way to Quebec for dispersal to three dealerships in Quebec and New Brunswick. Six vehicles transported on the second rail car were found to contain packages of meth. After investigating those vehicles, police were able to proactively stop a similar subsequent shipment of cars as it crossed the border into Canada. In total, 180 kilograms of meth were located in vehicles shipped trans-continentally to Canada. Street value - $4.5 million.

At a news conference in early March, OPP Deputy Commissioner Rick Barnum provided some insight on the impact of increased meth demand and use.

'In Ontario, the use of methamphetamine is on the rise. Meth has permeated every one of our communities -- the number of meth seizures has continued to grow. Project SEBRIGHT exemplifies the extent to which criminal organizations will go in order to flood our communities with meth,' said Barnum.

Only one week before, Deputy Barnum appeared before the House of Commons Standing Committee on Health as the co-chair of the Canadian Integrated Response to Organized Crime (CIROC) to update elected officials regarding the growing problem of production, importation and distribution of meth within Ontario. Seizures of methamphetamine have increased steadily since 2010. The uptake in meth use can be partially attributed from a decrease in price as well as changes over time to the formulation and availability of other, more potent opioids like oxycodone. In 2016, a kilogram of meth sold for approximately $34,000; in 2018, it was down to $25,000 per kilo. A further decrease to as little as $15,000 for a kilogram has already been seen in 2019. Depending on your location in Ontario, the cost for a meth tablet can range from $1.50 to $10.00.

In this case - a vehicle manufacturer and a rail company were exploited by a well-established, organized crime group - the Sinaloa drug cartel. With their cooperation, police were in a position to stem the flow of illicit drugs into even more communities.

'Smuggling and distribution of illegal drugs lead to increases in a wide spectrum of violent acts and property crimes. The volume of illegal drugs seized indicates the extent to which the participants are willing to go to achieve a profit while hurting our communities and destroying lives. Thanks to individuals - like those four employees - we will continue to find the drugs and ensure they don't reach our communities. They made the effort to call their local police service and played an important role to preserve public safety,' added Supt. MacKillop.

More than 150 vehicles that had been shipped from that plant since December 2018 were also identified and found to have been distributed throughout North America. Local law enforcement has been made aware of these vehicles. Subsequent inspection of later car shipments to Canada found that the criminals abandoned this mode of delivery.