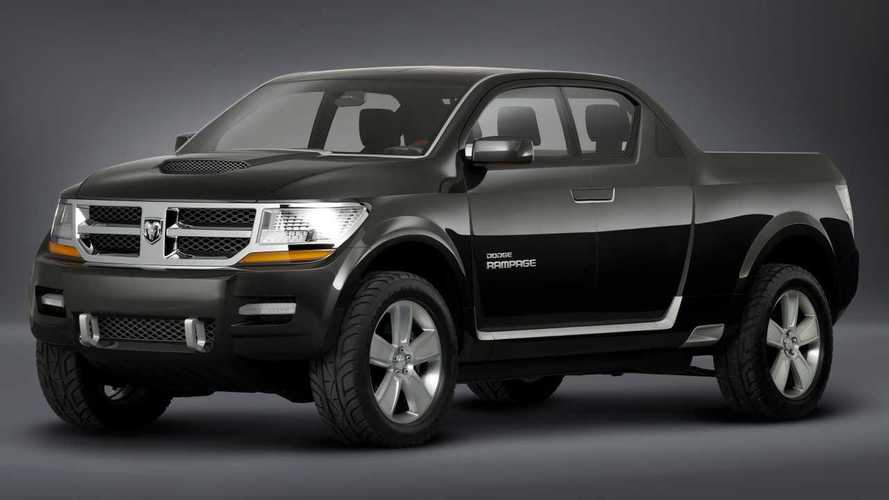 The truck for those who don't want a truck but enjoy the extra practicality.

With more sedans and SUVs getting a coupe-inspired treatment while trucks are increasingly more popular, maybe it’s time to bring back the coupe utility niche?

Lots of automakers have no problems in attributing the term “coupe” to cars that not only have rear doors, but also lack the sleek roofline you’d expect from an authentic coupe. From budget cars like the Renault Arkana to pricy models such as the Mercedes CLS, the meaning of the word “coupe” has lost its essence.

Over the years, the automotive industry saw the rise and fall of another body style that attempted to blend a coupe with something entirely different. The coupe utility was born in Australia and was made popular in North America by the Chevy El Camino and the Ford Ranchero back in the late 1950s. Fast forward to the early 80s, Dodge tried out this recipe with the short-lived Rampage, which was only sold through the 1982 to 1984 model years. We’re not forgetting the Husky launched in the 1960s, but that was only for South Africa and was based on the Paykan Pick-Up you’ve probably never heard of in your life, unless you’re from Iran.

Envisioned as a Honda Ridgeline competitor, the unibody Rampage was engineered with a five-foot-long cargo box in the back and a massive HEMI engine up front driving the two wheels underneath it. Back in the day, the concept’s exterior designer described it by saying “it’s the truck for the non-traditional buyer,” mentioning it had the capability of a pickup without hampering occupant space.

Conventional front doors were combined with sliding rear doors enabling an easy entrance into the cabin thanks to the absence of conventional B-pillars. The car-like interior emphasized Dodge’s attempt to make the Rampage feel more like a passenger vehicle rather than a workhorse, while the front passenger seat and the rear bench folded into the floor to maximize space.

As you may recall, an independent artist recently imagined a resurrected Rampage based on the Dodge Hellcat. Obviously, that’s only a pipe dream, but interesting to see nonetheless.