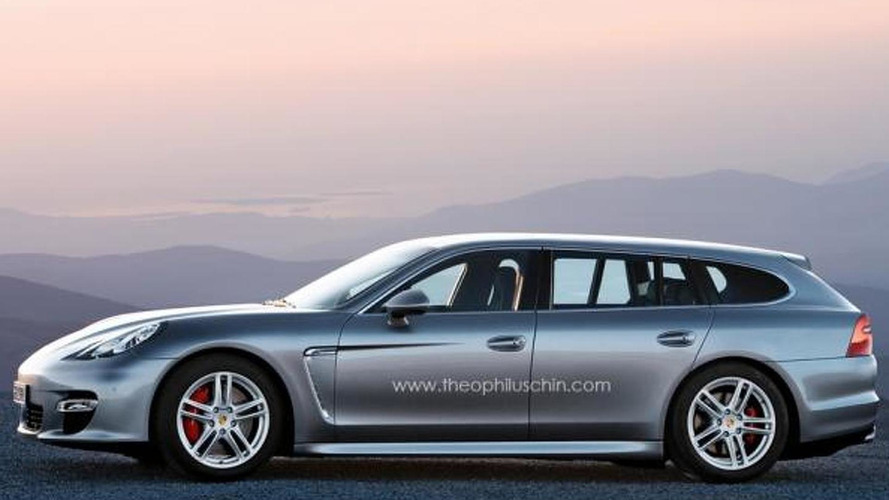 Sources within Porsche have confirmed that a wagon concept of the Panamera will be making an appearance at this year's Paris Motor Show.

Adding further details to previous reports, sources within Porsche have confirmed that a wagon concept of the Panamera will be making an appearance at this year's Paris Motor Show. If it gets the green light for production, the car should be out sometime in 2016 and it is expected to be a more versatile version of the current Panamera, one that will provide more cargo room.

The car will be based on the second generation of the Panamera and will have to face some serious competition coming from the Mercedes-Benz CLS. Most likely, the Panamera wagon will feature split-folding rear seats, an extended roofline and an angled tailgate. According to a source within Porsche interviewed by Autoweek, the decision of whether to put the car into production will be based on the received feedback and the potential of the vehicle in some markets, especially Europe.

If there will be a production version of this Panamera wagon, it is expected to have a standard wheelbase, but for some markets Porsche might consider launching a long-wheelbase model, especially for countries like China where LWB cars are very popular.

Although the facelift is on its way, the second generation of the Porsche Panamera is already under development and it will share some of its features with upcoming Bentley models. As a consequence, the second-gen Panamera will probably get Bentley's new V8 4.0-liter twin-turbocharged gasoline engine. The German automaker is also considering coupe and cabrio versions of the Panamera that will be based on a short-wheelbase configuration that will probably be used for the new Bentley Continental GT and GTC models.

We'll have more details at the end of September when the Paris Motor Show starts.

Special thanks to theophiluschin.com for the renderings!