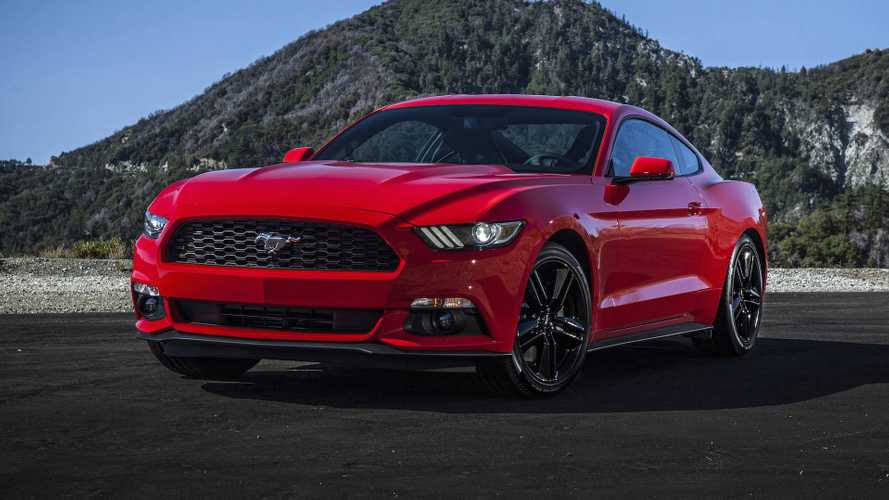 We expect to have details in the next few weeks.

It’s been an active day for Ford Mustang news. Mach E trademarks have us buzzing about the Pony Car’s electrified future, but in the near term, Ford will pull the covers off a new entry-level model infused with extra performance. We don’t know what that means just yet, but Motor1.com will get a special preview next week with full information likely coming at the New York Auto Show, which kicks off April 19. Ford doesn’t provide us any details on what this car might be, but that doesn’t stop us from speculating and the first thing that comes to our minds is an all-new SVO.

Spied Before Ford Wants You To See:

For readers who don’t recall their Mustang history from the 1980s, Ford built the Mustang SVO from 1984 through 1986 and fitted it with a turbocharged 2.3-liter four-cylinder that ultimately produced 205 horsepower (153 kilowatts). It was equal to the V8-powered Mustang GT of the day, but the smaller engine made the SVO lighter. Ford also fitted it with upgraded suspension and brakes to create quite a nimble little Pony Car.

Something New In The Mustang World:

There are already some SVO similarities with the present-day Mustang, notably the 2.3-liter turbocharged four-cylinder that makes 310 hp (231 kW) in the base model. We can easily see a modest tune to bump that up just a touch, with some suspension upgrades and perhaps a cool hood scoop that pays homage to its 1980’s ancestor. Or, Ford might follow that formula but call it a Mustang ST instead. Both SVO and ST monikers have been discussed ever since the turbo four returned to the lineup, and recent rumors about a more powerful four-cylinder Mustang certainly support this scenario.

The Future Is Electric:

Current Ford Mustang Will Run Through At Least 2026

Another less likely scenario would be the return of a V6 model. Lest we forget, when the current-generation ‘Stang hit the streets in 2015 the entry-level car featured a 3.7-liter V6 making 305 hp (227 kW). The turbo-four was the mid-level choice, but Ford dropped the V6 for the Pony Car’s 2018 model-year refresh. We suppose the framework is still there to make a V6 work, and the 2.7-liter EcoBoost borrowed from the F-150 would add an instant 325 hp (242 kW) under the hood.

In any case, we should have all the details to share sometime in the next few weeks. And who knows? Maybe we’ll find out just how much power the 2020 Shelby GT500 makes as well.