Lifted Toyota Supra Off-Road Render Is So Wrong It's Right 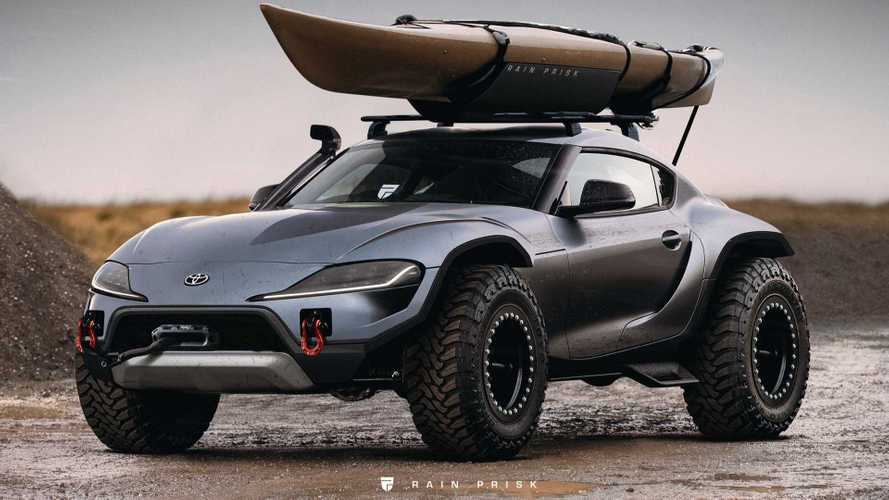 You know you want it.

The 2020 Toyota Supra is revealed, for better or worse. Regardless of where you fall on the whole Toyota/BMW debate, it should be awesome behind the wheel. It’s also a looker, but we couldn’t help noticing some of you commenting on social media about how the Supra’s styling could be a bit more aggressive. Ask, and you shall receive – in abundance.

Perhaps this Supra rendering goes a bit too far into the aggressive realm, but we so don’t care. We can always count on Rain Prisk to go full send in the awesome department, and besides, nobody ever stipulated an aggressively restyled Supra had to be an on-road creation, right? This all-terrain sports car looks ready to conquer Baja, Paris-Dakar, and all bodies of water in between. Actually, the snorkel looks a bit skinny to feed the Supra’s boosted inline-six, but it’s a minor point for sure.

This Epic Ford Mustang Raptor Render Is So Bad It's Good

We’re more interested in the cut fenders that make room for the meaty tires on beadlocker rims. Never mind the Photoshop skill in creating these cut-out arches, they just flat-out look good on the car. It looks so good we wish Toyota would have the guts to offer this as a TRD conversion. The Supra is already slated for NASCAR competition – how about something a bit more interesting?

Honestly, we’ve seen all kinds of Supra renders in the last few weeks. After a decade of teasing, the sports car finally debuted last month at the Detroit Auto Show, and we’ve seen everything from futuristic designs borrowing heavily from the much-loved A80 model to a Cabrio and even a Shooting Brake.

In the meantime, people are still pondering the actual Supra, especially its BMW-sourced powertrain. With 335 horsepower and a claimed 0-60 time of 4.1 seconds, it’s not a slow car by any means. But is it a Toyota? We’ve already sampled the prototype and loved it. We’ll reserve further judgment until we have some seat time in the proper production car.