The Mazda RX-Vision concept lends a little inspiration to the rendering, too.

While there's a lot to love about the design of the 2020 Toyota Supra, the revival of the automaker's famous sport coupe doesn't really look much like the previous generations. These renderings show how the new Supra might appear with styling that's more evolutionary from the fourth generation. The styling comes from designer Giulio Partisani who works for Honda in Tokyo but imagines the appearance of other vehicles in his spare time.

Partisani has been working on this design for three years – about the same time the first spy shots of the new Supra emerged. "At the very beginning, my aim was to pay a tribute to the MK4 Supra itself and to all the fans around the globe," he told Motor1.com. 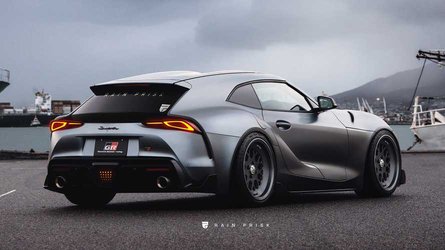 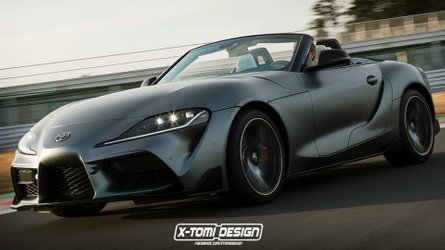 His design takes the fourth-gen Supra's general shape but sharpens it to look a little more modern than the original's rounded look. The front end is low slung and features skinny headlights. A steeply raked windshield creates a very athletic silhouette, and the roof flows backward to a short rear deck. The shape of the wing immediately evokes the old Supra, and the LED strips for the taillights would fit better with current vehicle styling than the previous circular lamps.

While the fourth-gen Supra is the major inspiration for Partisani's design, he says that the Mazda RX-Vision concept (above) also contributes some of its cues to his styling. The similarities are most apparent in the A-pillar and roof.

Partisani is also investigating whether there's any demand for putting this shape into production using a Lexus LC500 as a donor car. The price would certainly be in the six figures, but the result would be eye-catching when arriving at the local cars and coffee meetup.