The slow-motion burnout is the best part.

We interrupt your normal automotive news feed for something positively ridiculous. For those who are sick and tired of lifted pickup trucks with wheels the size of dwarf planets running around town, this is for you. As far as we’re concerned this crazy experiment is freaking hilarious, and in the never-ending stream of silly YouTube car videos, this one stands out. We just really, really hope this doesn’t become the next big trend in the truck world, because seriously guys, it’s just a joke. 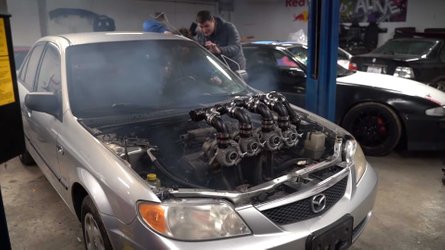 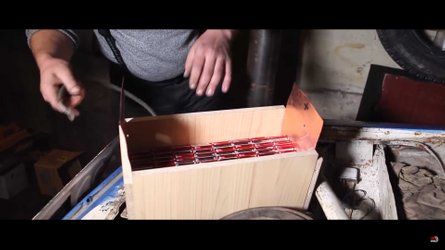 Here’s what you need to know about this video. It comes from a YouTube channel called Bug Bmx, and if you want to watch all 17 minutes of it (the action picks up around the 11:30 mark) you’ll see this “project” from start to finish. The premise is simple – take the big 24-inch wheels off this Cummins-powered Ram and replace them with the smallest possible wheel/tire combo that would still give the undercarriage enough clearance to be driven. We’re never told the actual wheel size used, but a few freeze-frame moments tell us those are 12-inchers not unlike what you’d find on a utility trailer. In any case, they’re small enough to fit inside the truck’s existing rims, so yeah, tiny.

Such wheels would never fit over the Ram’s brakes, so three-inch spacers were sourced to push them away from the hub. There was also the problem of bolting a five-lug wheel to an eight-lug hub, but that problem was conveniently solved with a plasma torch. At one point the videographer mentioned his concern that the wheels might simply fold over because the pickup weighed “20,000 pounds.” Honestly, we don’t know if he was serious about that or not, but if he really thinks that Ram weighs more than a freaking Peterbuilt semi, we have some awesome investment opportunities in secondhand Yugos we’d like to discuss. But we digress.

Tiny Wheels For Everyone: 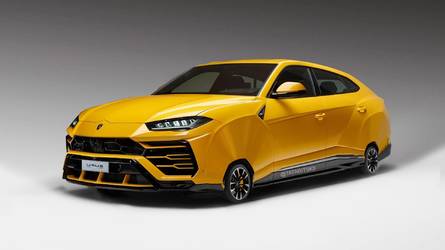 These Tiny-Wheeled Car Renderings Are Terrifying

With the wheels successfully mounted, the only thing left to do was the requisite burnout. In this instance, the video doesn’t disappoint. Not only do the teeny tires belt out an impressive smoke show, but the small size also delivers a crazy-weird slow-motion burnout. Admittedly there was a lot of weight (not 20,000 pounds) pressing down on the skinny rubber, but all in all, we’re actually surprised it went so well. We were expecting something to happen when the donuts started, but even then, the truck just leisurely spun in the parking lot, tiny tires and all.

What kind of madness will we find in YouTube’s automotive halls tomorrow? At this point, who knows.