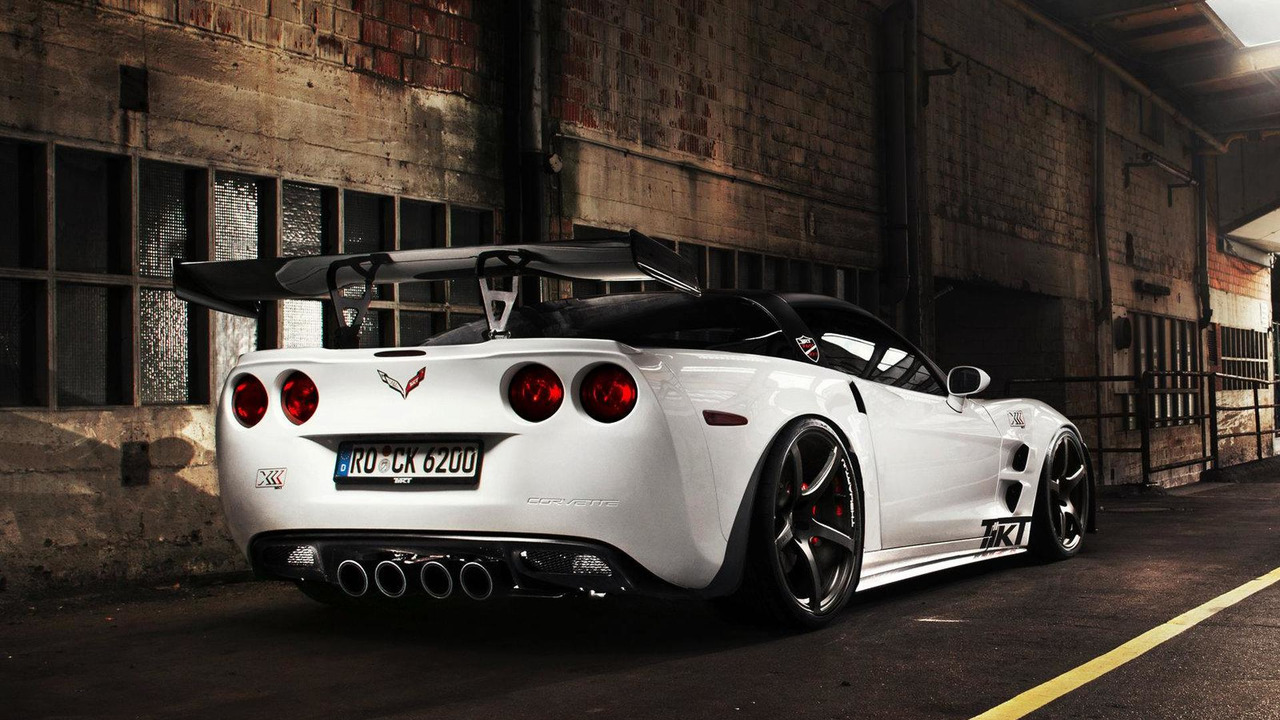 The Corvette ZR1 is not a vehicle to be trifled with. Producing 638 hp (476 kW / 647 PS) and 604 ft-lbf (819 Nm) of torque, even the European aristocracies won't point their noses upwards at it. In fact, it's just the opposite. Throughout Europe you will find factions from all walks of life devoted to anything about Corvette or American muscle for that matter.

But the numbers were inconsistent. In a second step, TIKT regrinded and finely adjusting the valve seats and horsepower and torque finally stabilized. Adjustments were also made to the cooling system allowing up to four times as much coolant to be pushed through the engine.

Due to the additional horsepower, TIKT wanted to upgrade the suspension as well. They retained the standard leaf springs on the rear axle but replaced the wheel mounts allowing a 30 mm drop. On the front suspension, race shocks were installed for a lowering of 50 mm. Lightweight Zerra Ultralight Evo 2 wheels reduced unsprung mass.