The Track-Ready Toyota Supra Is Happening 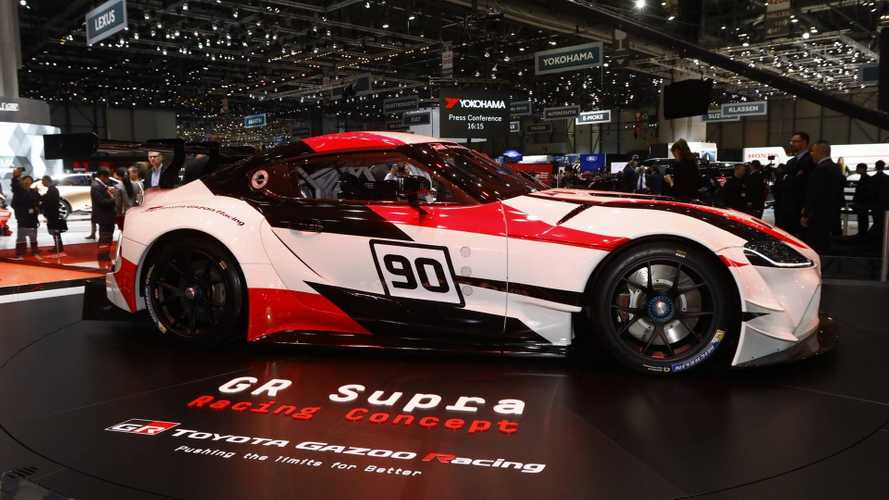 The Toyota Supra isn’t returning to just the streets. The Japanese automaker has plans for the car to return to the track, too. The company already announced the Supra is entering NASCAR, but that’s not the only series Toyota is looking to join. According to Tetsuya Tada, Gazoo Racing chief and Supra chief engineer, there are plans for a track-focused offering. There could also be a version that competes in the LM GTE category, which would pit it against the likes of the Ford GT, Porsche 911, Ferrari 448, and others.

“At some point I would like to make a track-limited Supra with less weight. We’re already making a racing version so we know if you take out 100kg it’s a completely different car – you don’t even need any more power,” Tada told Top Gear.

With few details known about the new Supra, guessing about powertrain or other specs is difficult. We know the Supra shares the platform with the new BMW Z4 – along with BMW engines and transmissions. That means we could see a turbocharged 3.0-liter straight-six engine pried with an eight-speed automatic gearbox. Tada didn’t say if the track-focused Supra would be road legal or for the track only.

“We’re investigating both avenues, there’s always a trade-off because being road-legal brings restrictions,” Tada added in his interview.

It seems odd the Supra could compete with larger competitors in the LM GTE class as Supra used the Porsche Cayman as its performance benchmark. It would seem the Supra would need some substantial modifications to compete against the 911 and others in that class.

The Supra and its track-focused siblings come from a new strategy at Toyota, according to Tada. He said, “What’s changed is what Toyota sees as success. We were pursuing numbers and profit margins, which are still important, but we’ve started to appreciate the value different cars can bring to customers.”

And those different cars are sports cars – and we can appreciate that.