TVR Sagaris Back From The Dead In Kit Car Form 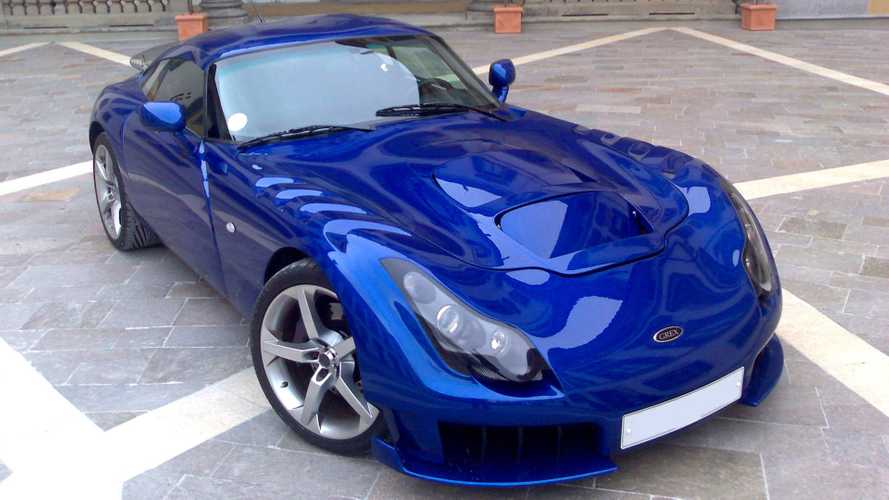 A tribute band better than the original? Maybe...

The TVR Sagaris was the last hurrah for the Russian-owned TVR of the 2000s before the popular British sports car firm died.

Thankfully, TVR is back, and so is the Sagaris.

Unlike the present-day company, which is producing the impressive Griffith, TVR of old basically turned out kit cars ready-made from the factory – and what we mean by ready-made was badly made.

That makes recreating those cars, like the Sagaris of 2005 (pictured), pretty straightforward. So much so that one company will now offer you a brand new Sagaris in kit form.

Grex Automotive has given the Sagaris an encore. Now called the Sagaris GT (although we're not sure just how much actual "Grand Touring" you'll want to be doing in it), it stays true to the original by having literally no driving aids whatsoever – no traction control, no ABS, no airbags even.

TVR is back in business

The Grex kit comes in 14 stages, allowing the owner to build it at their own pace, but buying all of the parts individually as opposed to a full kit will no doubt ramp up shipping costs massively. The first four stages comprise of the chassis and bodywork, then comes steering parts, brakes and suspension, cooling, all electrical parts, lights, windows, wheels, and finally the interior – which can be configured in left- or right-hand-drive.

"What about the engine?" I hear you ask. Well, long story short, Grex won't supply one. The kit is designed to accommodate General Motors crate V8s like the LS3 as opposed to the inline-six of the original, but if you pay a little more Grex will happily make your kit fit other kinds of power units.

If you want one, you should probably stop wasting your time reading this. Grex are only building 10 for 2019; and with it fully legal in the U.S. (unlike the factory original), you'll have more competition than you'd probably expect. Motor Authority reports that the kit will cost $58,070, making it cheaper than the original, although that price doesn't factor in the engine, gearbox, or elbow grease needed to build the thing.

So there you go, if you want a dangerous, badly built, British sports car from the 2000s to build yourself, then today is your lucky day!