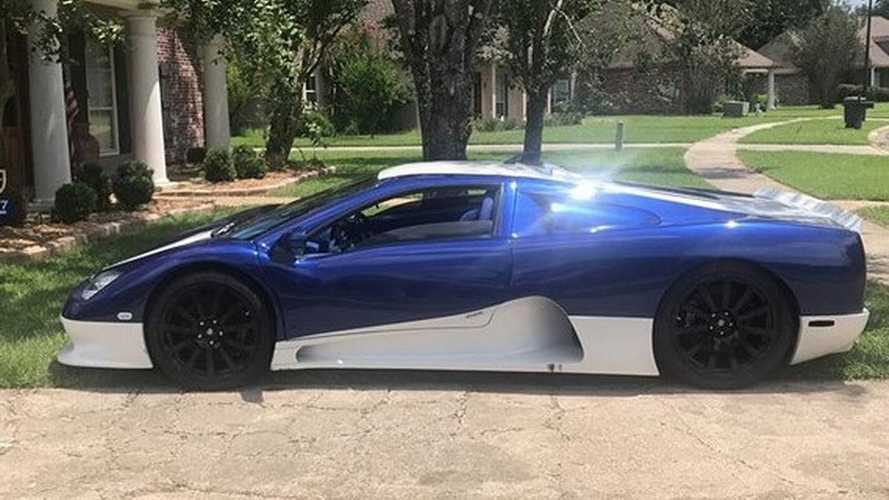 Now is your chance to own a former record holder for the fastest production car.

The quest to set a new record for the fastest car has served as fuel for automakers to push the boundaries since the early days of the automotive industry. Take for example Mercedes, which managed to reach 268.9 mph (432.7 kph) on a public road back in 1938 with the W125 experimental vehicle. It held this record right up until November last year when the Koenigsegg Agera RS - a road-legal production car - took down a total of five records in just one weekend, including the one for the highest speed achieved on a public road.

The Tuatara is finally coming:

Take A Good Look At The SSC Tuatara’s Beefy Engine

If you have a need for speed and can’t afford a Bugatti, this SSC Ultimate Aero TT is somewhat of a bargain as it can be yours for $225,000. The attached low-resolution photos don’t do it justice, but you’re looking at a former record holder with only 1,400 miles (2,253 kilometers) on the clock. According to the listing, it’s apparently the only one for sale right now, complete with a twin-turbo V8 engine pushing out a monstrous 1,287 horsepower and 1,112 pound-feet (1,507 Newton-meters) of torque.

As you may recall, SSC has been making the headlines lately after dusting off the Ultimate Aero’s spiritual successor, the Tuatara. The hypercar has been on a hiatus since 2011 when SSC took the wraps off the concept, and later this week we’ll finally get to see the production-ready model. We will know what’s what on August 24 when the Tuatara will debut at Pebble Beach, hopefully with the goal to fight the Agera RS and the Hennessey Venom F5 in the battle for the world’s fastest production car. We haven’t mentioned the Chiron because Bugatti’s boss said a few months ago that a top speed run might never happen.