Renault Logan Stepway Is The Rugged Sedan We Weren't Expecting 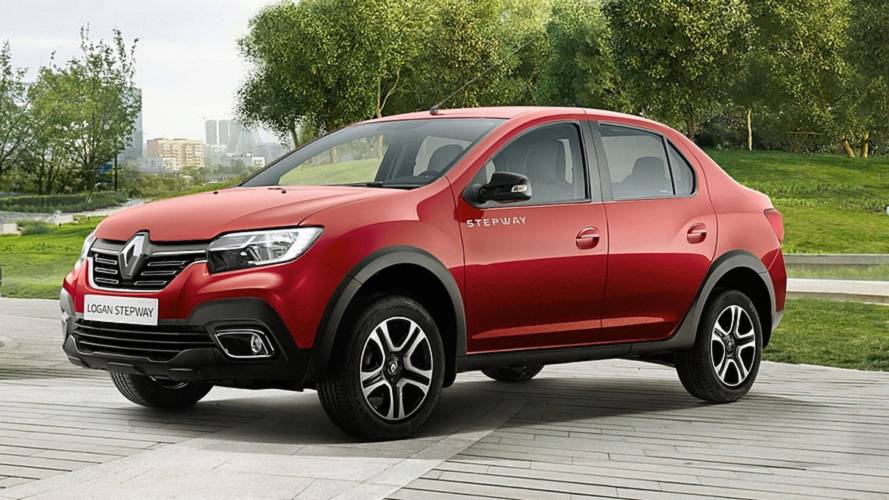 The no-frills Dacia Logan small sedan is being sold in some parts of the world with the badge of its parent company Renault. One example would have to be Russia where the lineup was recently expanded to include a rugged version part of the Stepway family. The new Logan Stepway joins the Sandero supermini and the Dokker van available for some time in Russia where it looks like the Logan MCV Stepway wagon is not being offered.

Compared to the regular Logan, which by the way looks a tad bit different than the equivalent Dacia-badged model, the new Stepway trim comes with an increased ride height ideal for driving on difficult terrain. This is far from being a Volvo S60 Cross Country, so don’t bother looking for all-wheel drive in the specs sheet since the Logan Stepway has to live up to Dacia’s modus operandi of selling cheap cars, even though it has Renault’s diamond logo.

As with the other Stepway models, the new Logan Stepway benefits from additional plastic body cladding noticeable on the bumpers as well as on the wheel arches. The front bumper has a significantly different look compared to the regular Logan and is fitted with a skid plate available in silver. Dacia Renault also tweaked the front grille to bring it in line with the Sandero and Dokker Stepway models, and also slapped on a new set of wheels.

When it comes to equipment, the sedan on stilts boasts heated seats, parking sensors, and an infotainment system with support for both Android Auto and Apple CarPlay. Power comes from a 1.6-liter gasoline engine available with 82 horsepower as well as with 102 and 113 hp linked to a manual gearbox. The punchiest version of the engine can be hooked up to a CVT in the Logan Stepway City variant that stands out thanks to its red paint. Those looking for a diesel can get the familiar 1.5-liter dCi linked to a five-speed manual.

You’d think the Russian-built Logan Stepway does not have a rival in its segment, but the Lada Vesta Cross is also a high-riding sedan with a tougher look. Renault will have the new car on display at the end of this month during the Moscow Motor Show and will kick off sales this fall.