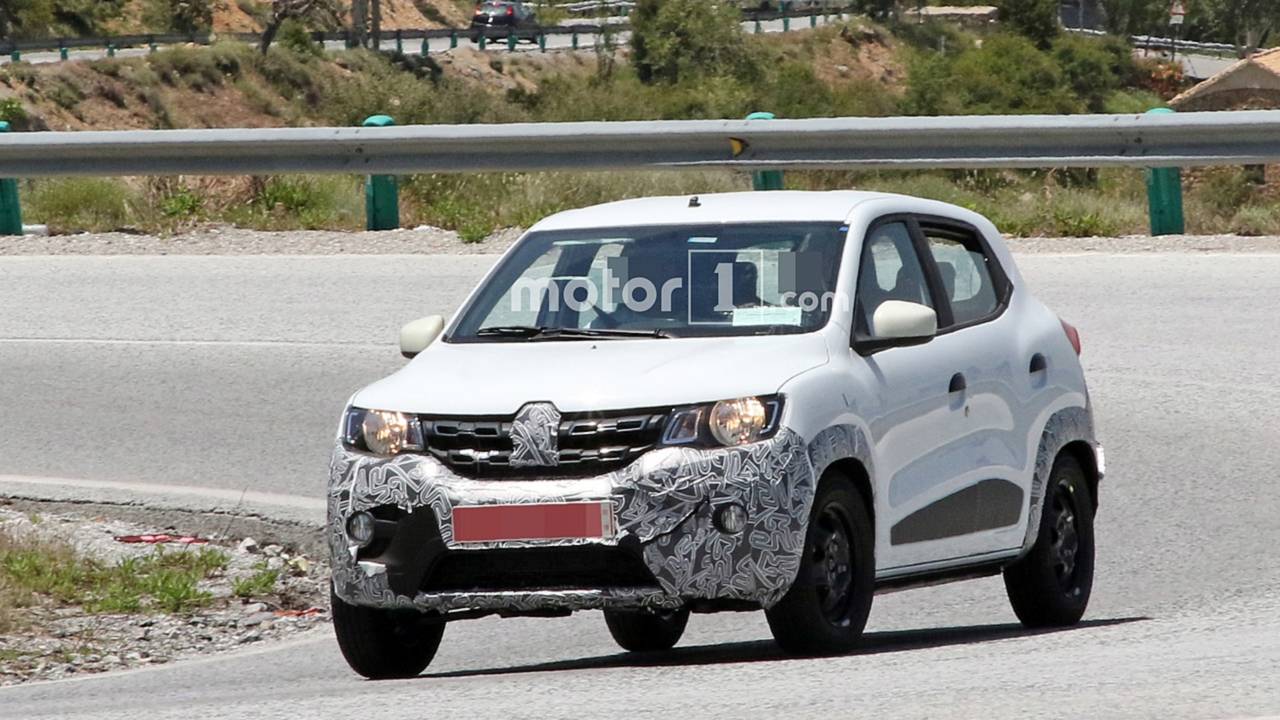 No, this is not a new entry-level Dacia.

About three years ago, Renault introduced one of its cheapest models available today. The Kwid is an affordable high-riding hatchback, sold on the Indian market with a starting price of ₹266,700, or approximately less than $4,000 at the current exchange rates.

This vehicle is apparently being prepared for a facelift, as we have received the first spy photos of a slightly camouflaged prototype out testing. Don’t let the body shape and the front fascia design fool you – this is not a new entry-level Dacia, but a revised version of the Kwid.

It’s easy to see there won’t be any drastic design improvements. The rugged, easy-on-the-eye exterior will receive only a couple of minor tweaks, like a revised front bumper with new fog lamps and a restyled rear bumper. It’s 2018, but this cute small Renault is still using tiny wheels with only three wheel nuts – and that won’t change, too.

Learn more about the Kwid:

But that’s not really a surprise, given the 0.8-liter engine under the hood. The "extremely well positioned in terms of fuel consumption" motor generates only 57 horsepower (42 kilowatts), which are transferred to the front wheels via a five-speed manual gearbox. No AWD option is available.

The vehicle is based on Renault-Nissan’s CMF-A platform, which allows the crossover-inspired hatch to offer customers in India the biggest interior space and trunk capacity in its class, at least according to the French automaker.

The Kwid is Renault’s best-selling model in India with more than 200,000 examples delivered to clients during the first two and a half years on the market. However, last year sales dropped by more than 20 percent, which is most likely one of the main reasons why the manufacturer is already preparing a facelift for its entry-level model.

Currently, the vehicle is also in South America, but these new spy photos have been taken in Southern Europe, which suggests Renault might finally bring the Kwid to the Old continent.

Expect to see the refreshed hatch in showrooms during the first half of 2019.