2018 Renault Megane RS First Drive: It's Not About Power 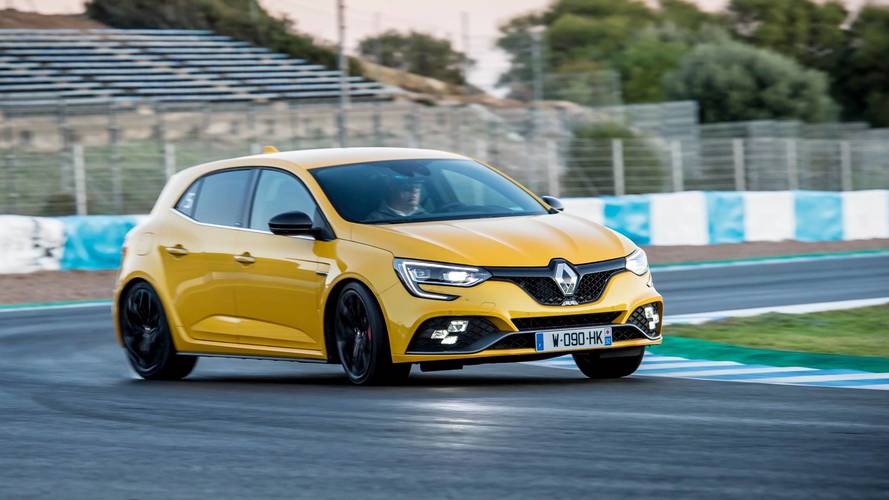 Can the all-new model live up to its predecessor's legacy?

Hotter Versions Are Out:

Editor’s Note: No, we won’t be getting the Renault Megane RS in the United States anytime soon. But a car this hot deserves attention on a global scale, and we know you readers enjoy a tasty bit of Forbidden Fruit as much as we do. Enjoy this First Drive from the Motor1.com UK team, and try not to get drool all over your keyboard.

This all-new Renault Megane RS has got a hell of a lot to live up to. Namely, the reputation of its predecessor, which still looms large in the hot-hatch landscape as quite possibly the finest front-wheel-drive hot hatch, like, ever. No exaggeration. It'd be a very easy argument to make, and probably win.

So it's actually a very good thing, then, that this all-new Megane RS remains front-wheel-drive and has eschewed the class trend for upping the power output to 300 horsepower and beyond.

Looking past a lairy bright yellow or lurid orange paint job is often difficult to do, especially when it’s wrapped around a car with 276 hp and a Renaultsport badge on the back, but once you do it’s difficult to be massively excited by the new Megane RS’ looks.

Taking a glance at its competitors – the Ford Focus RS, Honda Civic Type R, even the silly-powerful Audi RS3 – the styling is positively muted by comparison, almost sensible. There are a few clues that it’s packing something special under the skin: a big grille, pressure/drag-reducing vents on its flanks, massive wheels, an airflow-friendly splitter under the rear, and a centrally mounted exhaust to name a few.

Inside there aren’t many clues to the car’s potential, either. A few Renaultsport logos and some carbon fiber-esque trim bits, and those chunky sports seats are all the clues you’re going to get. So if you’re in the market for a hot hatch that, like an Autobot, can hide in plain sight, you’re onto a winner with the Megane.
The reason for its muted looks (bright paintwork aside) is simple: Renaultsport and Renault worked together early in the Megane’s development to ensure that the car would be good not only as a day-to-day family hatch, but also as a proper hot hatch. The result, as we can see, is a car that goes about the business of being a hot hatch with more grace than a Civic Type R…

Inside there’s plenty of space, more than you’d expect from a hatchback really. Yes, hatches are getting bigger and bigger all the time, but the Megane feels massive up front and in the back.

However, storage for stuff is a little limited. While dual USB ports mean you can have two phones charing at once, if you’re packing a phablet you’ll struggle to store it anywhere comfortably. The door pockets can take a bottle of water and little else, too. But hey, your passenger has plenty of footwell to use, so it’s not the end of the world.
It would have been easy for Renault to fit hardcore, track-ready seats, but the chairs in our Sport model were supportive in the corners and, most importantly, didn't leave us with a numb behind after a day's driving.

The infotainment system is responsive and easy to use, although the aesthetic isn’t as slick as something you’d find in a car with a German name. One thing the RS gets over the more basic Meganes is the ‘RS’ monitor. The RS monitor gives you a host of information that stats geeks/excited passengers will love – power curves, torque curves, steering angle, lap times, and so much more are available for all to see.

There’s even a new mode for this generation of RS that allows drivers to record laps with their phones/action cameras and upload them to social media or an owners’ site to show off. Wonderful in theory, but also a good indicator of who you shouldn’t invite over for dinner.

There are two flavors of Megane RS: the road-friendly Sport and hardcore Cup. We spent the vast majority of our time in the Sport variant hunting out some of southern Spain’s more entertaining roads. The Sport car gets the same 276 hp and 288 pound-feet of torque, turbocharged 1.8-liter engine as the Cup car, but its suspension is softer for daily use, and it doesn’t get the Cup’s Torsen limited-slip differential.

Renaultsport is aware that its customers might not want to have the full-beans RS experience on their commute to work, and the Sport means you can have 99 percent of the fun when you want to, but aren’t committed to a hard ride when you need to dash out for a pint of milk.
Each car gets adaptive driving modes – Comfort, Normal, Sport, the RS exclusive ‘Race’, and Perso (to set the car up to your preferences) – and they’re easy to switch between via the car’s large infotainment screen.

In its softest setting the RS can still be uncomfortable over rough pavement. It’s certainly liveable, and nowhere near as choppy and bumpy as the likes of the Ford Focus RS or Hyundai i30 N Performance, but it can catch you unawares. That said, if you’re looking at buying a hot hatch you shouldn’t expect a Rolls-Royce ride.
Both the Sport and Cup cars are available with a six-speed manual or six-speed dual-clutch automatic transmission. Each will do the 0-62-miles-per-hour run in 5.8 seconds; while the manual car will do 158 mph, the auto will clip 155 mph. Our roadgoing Sport car was fitted with the automatic ‘box, and if this was five years ago that would fill us with horror. Today, thankfully, there’s no need to be alarmed. It’s slick, quick, and as responsive as you like. The only downside is that the shift paddles are mounted to the steering column not the wheel, and they’re not quite far enough out for easy reach – a mid-corner gear blip could be a challenge.

The dual-clutch has a cool party piece though: Pull the down paddle as you’re going into a corner and, rather than dropping one cog, it’ll select the gear that’ll give you the best torque for a fast corner exit.

The car sets itself up differently depending on which mode you’re in. Comfort will keep things smooth, Sport ups the noise, and Race makes it aggressive and turns the traction control off. The transformation between each mode is huge, and while purists will keep it in Race all the time, we found that Sport is the best balance for road work.

The Megané RS does without all-wheel drive and hyperhatch power, instead keeping the front wheels driven and, in today’s climate at least, a modest power figure. Renault has set plenty of FWD records in the past, so why not stick to what it’s good at? However, it has decided to give the rear wheels something to do by introducing 4Control four-wheel steering – a first for this class of car. Below 37 mph (62 mph in Race mode) the rear wheels give you a few degrees of steer in the opposite direction to the fronts. Above those speeds they point in the same direction as the fronts for a tighter line.

The results on the move are utterly astounding. Switchbacks and tight bends are dealt with easily and directly – almost with the forceful cornering dexterity of an AWD hot hatch but with none of the weight penalty that goes with it. As you turn in, you feel a hint of understeer followed by the car hunkering down (in a similar way to a Porsche 911, oddly) and firing you out of the bend. It’s phenomenal and will certainly have an impact on lap times.

And for when you want to scrub the speed off, Brembo brakes offer huge stopping power. The pedal response can be a little tough to master at first, but it allows for small, subtle adjustments.

Noise is an important part of a hot hatch, and where others use synthesizers, Renaultsport prefers to keep things natural. Now, a 1.8-litre turbo four-pot (also found in the Alpine A110) isn’t going to knock your socks off, but it sounds sweet when you’re giving it the beans. The automatic even gives the pipes a chirp when you change up. At any speed, in any mode, the noise makes itself known but is never intrusive and is seemingly always tuneful.

We did have a brief go in a Cup chassis car with a manual gearbox around a race track. The manual ‘box is as slick as they come, and the limited-slip differential gives the ability to corner faster and harder – especially with 4Control working its magic. If you want a track-day weapon that’ll also do the school run, you’ll love it.

The Megane RS has always been the car for the purists, the one to go for when you must have the absolute fastest hot hatch out there. At the moment the Honda Civic Type R is king of the ‘Ring, but it’s easy to see Renault taking that record back – especially with the upcoming, more powerful Trophy R version.

However, as it stands the Megane is a brilliant hot hatch, and well worth your time. You may need to remind stat-obsessed friends that life’s not all about AWD and big power. You can do more with less if you’re smart.