BMW M2 Competition Arrives In China And Poses For The Camera 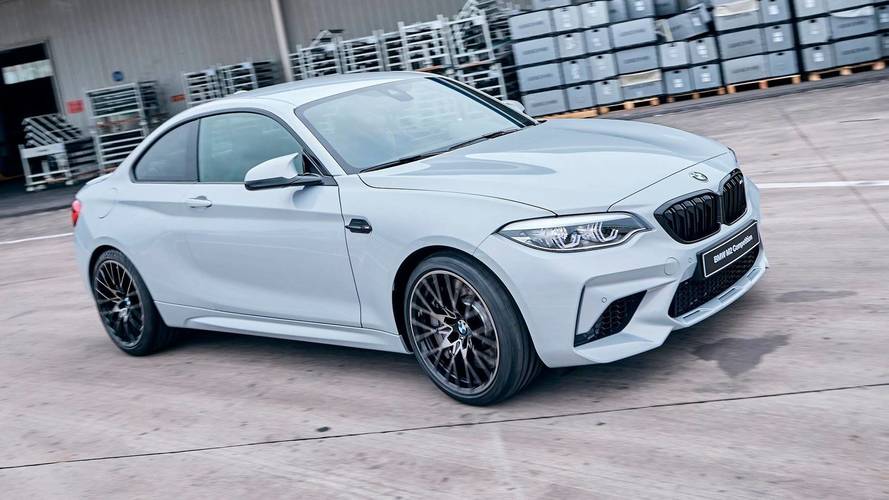 The BMW M2 is dead, long live the M2 Competition.

BMW took the virtual wraps off the M2 Competition a week ago and now the M4-engined small coupe has arrived in China for the Beijing Motor Show kicking off tomorrow. To generate more buzz around the latest M product, the Bavarians decided to take a few shots to better show the uprated M2 in the real metal. It wasn’t all alone during the photo shoot as the M5 was by its side to keep it company.

Replacing the regular M2, the new Competition still comes with a standard six-speed manual transmission to the delight of purists. For those only interested in shaving off tenths of a second around a race track, the optional DCT is the one to have and it’s also the quicker of the two gearboxes when it comes to 0-60 mph (0-96 kph) times. With the manual and assuming the driver changes gears at the best times, the car will cover the sprint in 4.2 seconds whereas the equivalent dual-clutch version needs four seconds flat.

Regardless of transmission, BMW will install as standard an electronic top speed limited programmed to kick in at 155 mph (250 kph). If you have the need for speed, go for the optional M Driver’s Package and that will loosen up the limiter to 174 mph (280 kph).

As far as styling is concerned, the M2 Competition looked great in those overly edited press images and it continues to be hugely desirable in real life shots. You have probably noticed by now that it has the exact same paint and wheel design as the car depicted in the official photos. Exclusive to this model, the Hockenheim Silver shade comes to replace the Mineral Grey Metallic and is joined by another optional fresh paint dubbed Sunset Orange Metallic.

Following its appearance at the Beijing Motor Show starting tomorrow, the M2 Competition will go on sale this summer. Pricing to be announced closer to the model’s market launch.

For an even more intense M2, it is believed a CSL derivative is still on the agenda and we might get to see it in 2021, possibly serving as a last hurrah for the coupe’s current generation.