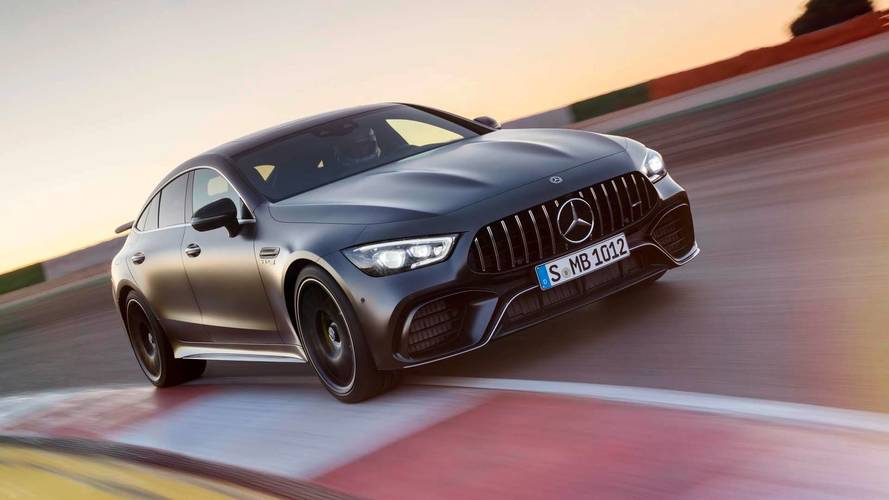 Hybrid due in 2020 while rear-wheel-drive version is also a possibility.

One of the main stars at the Geneva Motor Show is without any doubt the Mercedes-AMG GT 4-Door Coupe. Confusing name aside, the new member from Affalterbach serves as a direct replacement for the CLS 63 and has the Porsche Panamera in its sights. Although it essentially looks like an amped-up version of the new CLS, that’s not entirely accurate.

The man in charge at AMG, Tobias Moers, explains the new sporty liftback actually uses the same structure as the E63 Wagon, but the chassis has been further stiffened for the new application. Then there’s the styling, which although similar to the third-generation CLS, every single body panel is different and also the GT 4-Door Coupe is larger. The most obvious connection between the two cars is inside where the cabin has remained largely the same.

In regards to the powertrains, beyond the mild hybrid 53 and the beefier 63 models, Moers confirmed a performance hybrid is locked in for a 2020 launch. “Performance” is the key word here as rather than focusing on efficiency and pure electric range, AMG is all about making the GT 4-Door Coupe faster. Exact details were not disclosed, but let’s keep in mind the AMG GT Concept unveiled in 2017 had a hybrid powertrain with an astounding 805 horsepower by combining the familiar biturbo 4.0-liter V8 with an electric motor mounted at the back.

But wait, there’s more. Tobias Moers even hinted a rear-wheel-drive version of the new four-door AMG represents a distinct possibility as part of a broader lineup in the same vein as the two-door GTs.

Meanwhile, the regular models are slated to go on sale in Europe this summer whereas the United States will have to wait until early 2019. Pricing details for the U.S.-bound model have not been disclosed, but expect the base version to cost approximately $110,000 or $7,000 more than a Porsche Panamera 4S.