Mercedes-AMG G63 Edition 1 Could Be The Perfect Getaway Car 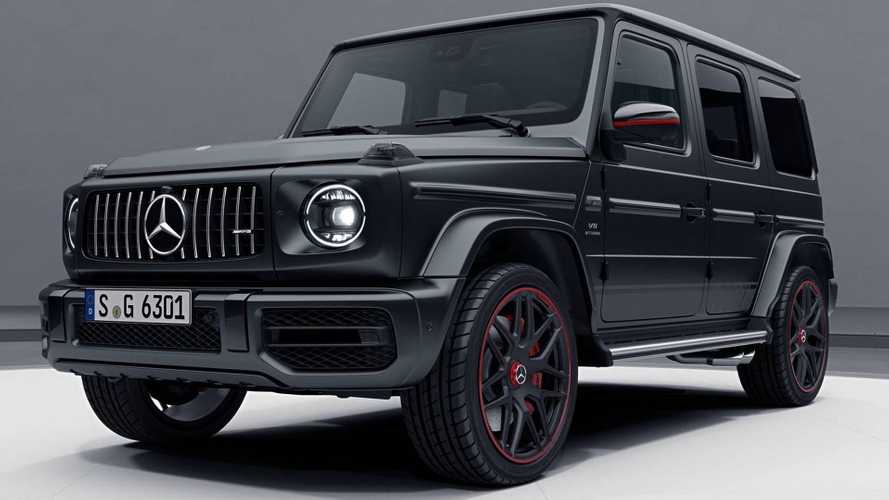 The mobbed-up G63 has arrived.

It was only a couple of days ago when Mercedes unveiled the revamped G63 and already there’s a special edition of the high-performance off-roader. Like with most new models to carry the three-pointed star badge, the amped-up G has gained a limited-run Edition 1 version bringing an assortment of visual tweaks inside and out. As before, the Edition 1 will be offered only for 12 months after the start of production.

Get acquainted with the new G63:

Featuring a predominantly black stealthy look, the G63 comes with a few subtle red accents noticeable on the side mirror caps, alloy wheels, and the brake calipers adorned by the “AMG” lettering in black. A closer look at the side profile reveals a nearly invisible grey decal at the bottom of the doors, similar to what the other Edition 1 cars have.

Beyond these mild styling tweaks, it’s the same G63 we already love, complete with the menacing Panamericana grille up front and the signature side exhausts. The old-school turn signals have received a black tint to blend nicely with the nearly all-black exterior.

Stepping inside the cabin, it carries over the exterior’s black and red theme, with the contrasting hue noticeable on the seats and for the steering wheel’s twelve o’clock marker. A glossy burgundy trim has been applied onto the door panels as well as on the lower section of the center console and on the dashboard-mounted grab handle in front of the passenger. Red stitching for the seats, upper section of the doors, and the dashboard rounds off the changes.

We will get to see the new Mercedes-AMG G63 in the metal in March during the Geneva Motor Show ahead of a U.S. launch by the end of the year.