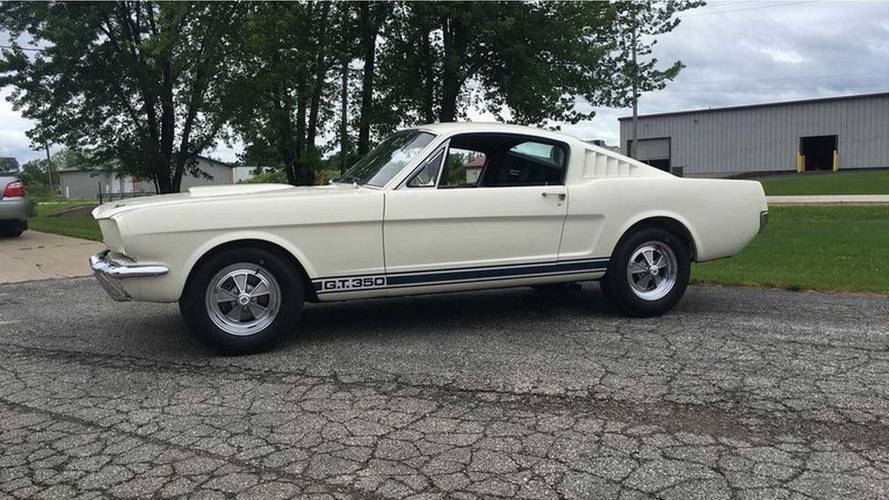 It's an early-build 1965 model that is absolutely gorgeous.

Whether you consider it a muscle car or Pony car, the 1965 Shelby GT350 Mustang is as iconic as it is rare. That is, an original Shelby is rare – few cars are cloned as often as Shelby Mustangs, so while you’ve probably seen them at auto shows, odds are they’re standard Mustangs wearing Shelby attire. That’s because only 562 1965 Shelby GT350s were built all total, including prototypes and the race-only R models. At the end of the day, just a little over 500 were actually built for street use.

This one for sale through MotorGT, however, is definitely not a clone. Not only that, it’s an early-build car listed as number 039 and was hand-built at Shelby’s original factory in Venice, California. The listing doesn’t mention the car’s ownership history, but it does provide a long list of original equipment used in the restoration process. It appears no detail was spared in returning this Shelby to its proper 1965 specification, right down to the original driveshaft loop and Kelsey Hayes brake rotors up front.

The complete restoration took three years, and if the photographs are any indication it was time well spent. Some might notice the absence of the trademark blue over-the-top stripes, but many original GT350s – this one included – actually left the factory without them. Among the other notable items on this Shelby are the optional Cragar 15-inch wheels, and it even comes with the original sales sheet and manuals.

Vintage Shelby prices have held strong over the last few years, and this car certainly looks like it has all kinds of collector power. It’s located in Green Bay, Wisconsin, and judging by the abundance of green grass in the photos it’s safe to say the car is currently locked away from winter’s worst. $575,000 is a healthy asking price, but it’s not every day a proper, all-original 1965 Shelby GT350 comes up for sale, never mind an early-build time capsule like this that’s restored to the nth degree.