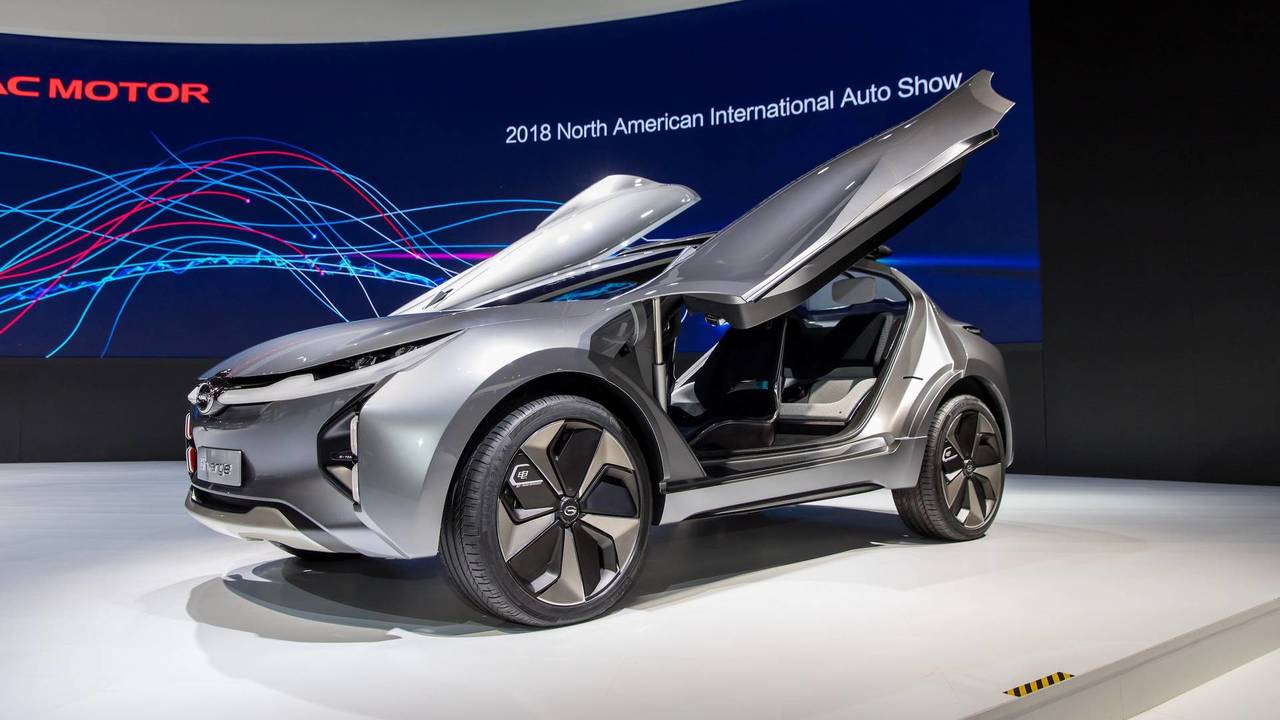 The Chinese automaker says it can go 370 miles and recharge wirelessly.

China’s GAC Motors is present and accounted for at the 2018 Detroit Auto Show with a sizeable display and a curious concept car called the Enverge. Before we get to that, however, you should know that GAC is based in Guangzhou, China, and is part of the Guangzhou Automobile Industry Group – hence the acronym GAC.

Like it or not Chinese automakers are coming to America. According to The Verge, GAC intends to launch vehicles here in 2019, and to help introduce Detroit audiences to the company, it debuted the slick Enverge electric concept. This scissor-door crossover is said to have a range of 370 miles, courtesy of a 71-kWh battery that can be recharged wirelessly to add another 240 miles of travel in 10 minutes. We’re not entirely sure how that actually works, but hey, it’s a concept.

Inside, the Enverge is all concept with razor thin seats and a broad, space-age digital display that’s actually separate from the dash. Likewise, the steering wheel isn’t anything you’d want to actually steer with, and the pedals for acceleration and braking seem uncomfortably similar to each other.

But we’re being far too critical here. This is a concept vehicle meant to inspire, and frankly, with a curious lack of concepts at this year’s show, the Enverge is attention-getting and rather exciting as well. That big digital display is very cool and something we’d love to see implemented, and the Enverge has other interesting features like removable headlights that can double as spotlights. The door windows also have virtual reality screens embedded in them, which could be a neat feature at night if it helps the driver see things to the sides that would normally be obscured by darkness.

Bringing such a creation to production is very unlikely, but don’t write off GAC as some crazy Chinese upstart. The company has been around since 1997, and last year it sold 500,000 vehicles in China. That’s noteworthy in any market.

We don’t expect any tech from the Enverge concept to be part of GAC’s 2019 American-market debut, but if a few features were to sneak into production. We wouldn’t mind.