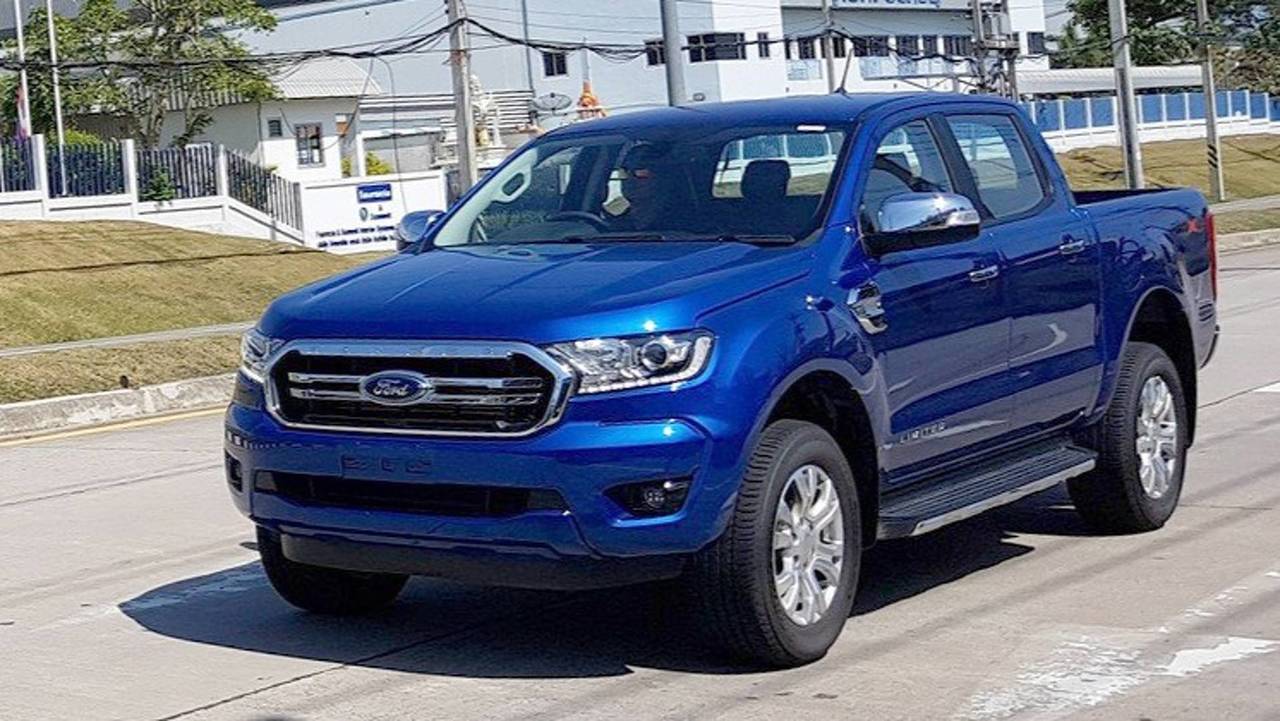 It's unclear whether the U.S. version will adopt the same styling.

As Ford prepares to launch the Ranger in the United States in just a few weeks, the pickup is expected to get an all-new update, both inside and out. Already we’ve seen the Ranger heavily camouflaged and with a thinner grille during testing, but now we can see the new model completely undisguised.

Thanks to images published by the Headlightmag website, circulating in Thailand, the new Ranger has been spotted in full. The images of the vehicle were captured in Asia, possibly indicating that the design of the North American model will not be exclusive, and could be adopted by the company worldwide – including markets like Brazil. For comparison's sake, early spy photos of the proposed U.S. model do share a number of near identical cues.

The new images show a grille that will be thinner than the current one, losing what Ford called the "steel chest," no longer needing the leading edge to the plate area. The horizontal slats inside the grille are much thinner, too. The bumper has also changed, with a larger air intake and fog lights now with a darkened contour.

Looking more closely at the headlights, Ford has seemingly replaced the daytime running lights with the LED setup found on the Everest, in addition to putting the main headlights alongside an LED projector. The rear follows a similar updated theme, though, we don’t have any pictures of the interior just yet.

The update will not be reserved only to the exterior, but will also come under the hood. The Ranger should maintain its 2.5-liter gas engine delivering 173 horsepower (129 kilowatts), and its 2.2-liter diesel delivering 160 hp (119 kW). The 3.2-liter turbodiesel producing 200 hp (149 kW) will likely be replaced by a new 2.0-liter diesel paired to a 10-speed automatic transmission. That setup is expected to generate somewhere near 205 hp (152 kW).