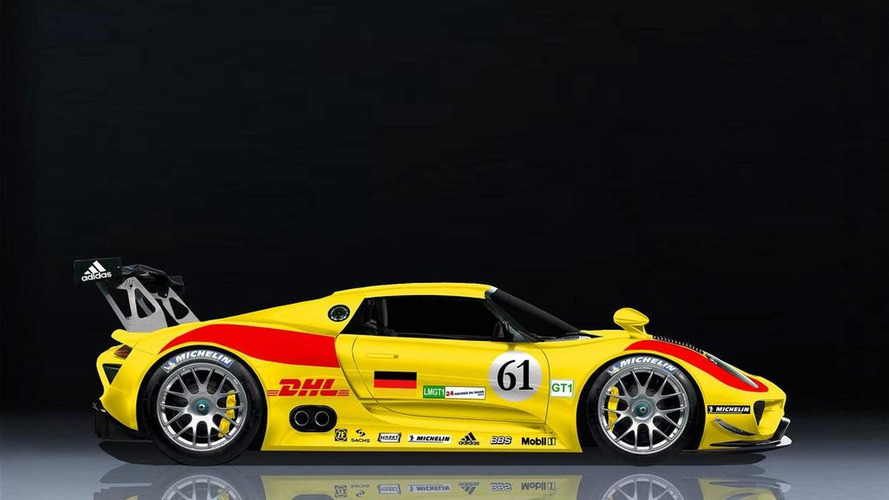 13-year-old WCF member porschecarreragtmay6 has created some rendering of a Porsche 918 RSR race car. See the pictures inside.

13-year-old WCF member and Porschephile, porschecarreragtmay6, has created some renderings of a Porsche 918 RSR race car.  Based on the 918 Spyder concept, the pictures show a hardcore coupe, wearing some classic Porsche liveries, designed to compete in the GT1 class.

Although these renderings were created back in March, shortly after the 918 Spyder's surprise unveiling in Geneva, they provide a potential glimpse of a race spec 918 in the wake of recent reports that Porsche will field the 918 Spyder at the 24 Hours of Nurburgring in 2011.