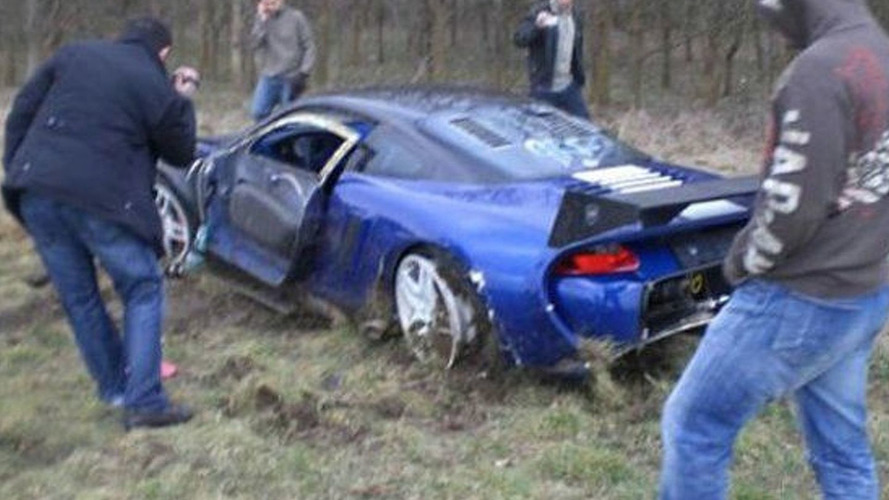 9ff vehicle broke record before crashing at the VMax Armageddon 2010 Bruntingthorpe event on March 13 in the UK. 9ff did not report the news of the crash in its latest newsletter.

A string of crashes has plagued the racing world and the latest has been reported by German magazine Autobild of a 9ff GT9-R which crashed at the VMax Armageddon 2010 Bruntingthorpe event on March 13 in the UK.

Luckily, no one was hurt in the crash when the highly modified 1135 bhp Porsche 911 race car went off the track during a high speed braking maneuver. The car was going by number 00/20 for the event.

9ff did not mention the crash in their latest newsletter which did mention, though, that the car had broken a record at the track, reaching a new top speed of 356 km/h (222 mph) and doing it already in its 5th gear - with the track being too short for a shift into 6th.