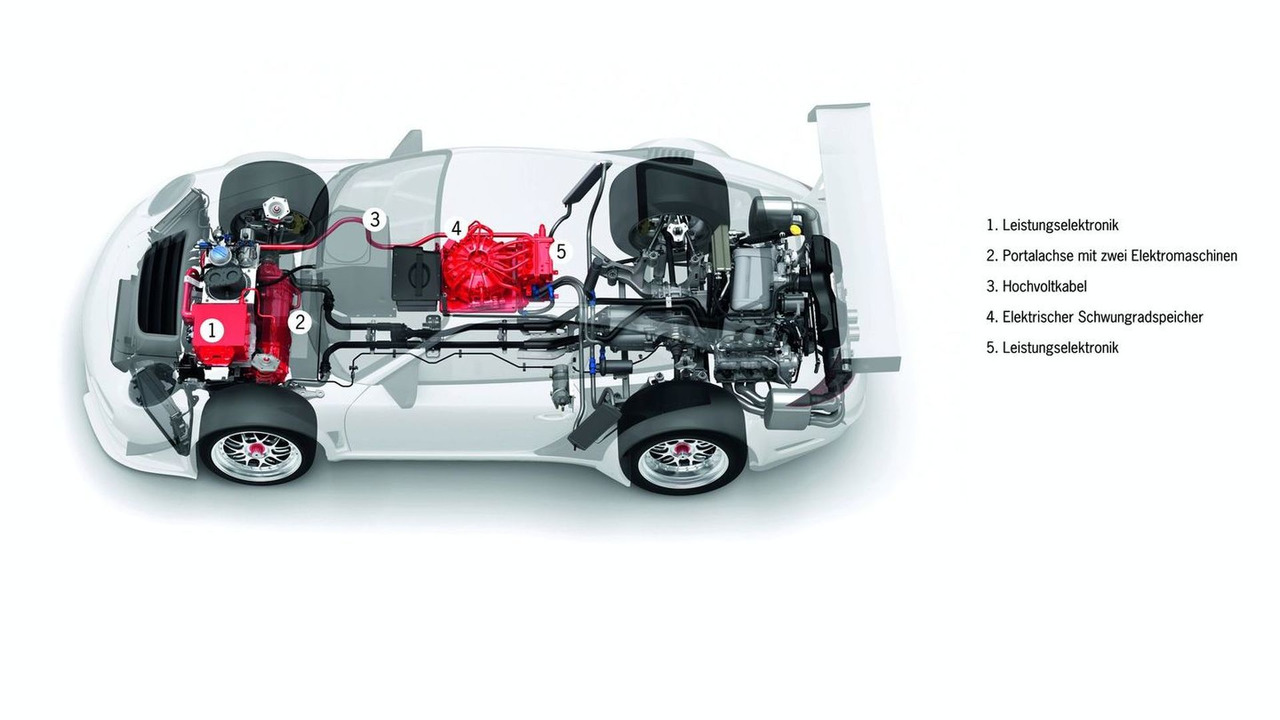 We have details and images of the Porsche 911 GT3 R Hybrid, set for introduction next month.

Porsche has developed a new hybrid version of their GT3 model, built with two electric motors.  The Porsche 911 GT3 R Hybrid will be introduced in Geneva next month with endurance testing set to begin just before summer.

However, this is not a full hybrid vehicle in the same vein as the Toyota Prius.  Porsche opted to use a flywheel generator in a Kinetic Energy Recovery System (KERS).  The generator's rotor spins up to 40,000 rpm, and combines with regenerative brakes to send up to eight-second power bursts to the electric motors.

For the car, Porsche paired their rear-mounted 4.0-liter 480-horsepower flat-six engine with two electrical motors mounted at the front.  The two motors produce up to 120 kW, or roughly 161 hp.

The Porsche 911 GT3 R Hybrid will participate in the 24 Hours on the Nordschleife of Nürburgring in mid-May.

Check out the press release below for further details.