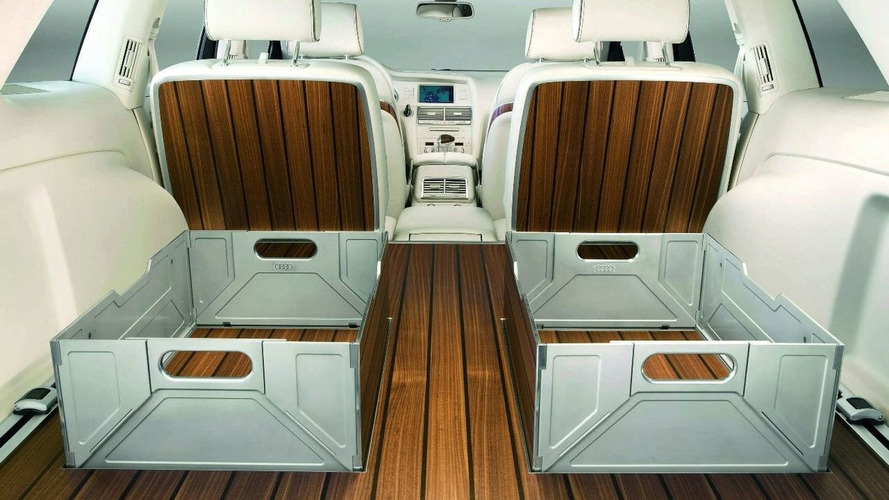 Audi wil surprise Geneva with the fun-loving rich fisherman's SUV when it unveils the super powerful Q7 Coastline Concept there in the next two days. Ain't no boating around here!

Don’t be alarmed by the accompanying pictures of the Audi Q7 V12 TDI. WCF has not gone sinkers on you; we haven’t become a floating website, in a manner of speaking. The Q7 V12 TDI Coastline Concept is meant for the majority of those who may not be able to afford the seven next steps required to buy a real luxury yacht.

For that small crowd of us, Audi has served up the Q7 V12 TDI concept, a study in mixing water and oil. The vehicle is the same V12 TDI seen elsewhere in these pages, with several important visual distinctions. The wood seen all over the interior is reflective of its name Coastline, while the special white finishing is meant to created a the pearl effect of the polar regions.

Several wooden touches are evident, including the gear lever, rear load area and inner door sills. This wood is waxed, as opposed to being varnished for that added ocean sort of feel to it. Pushing the Coastline forward is a V12 TDI motor blasting out 368kW and 1,000Nm of torque.