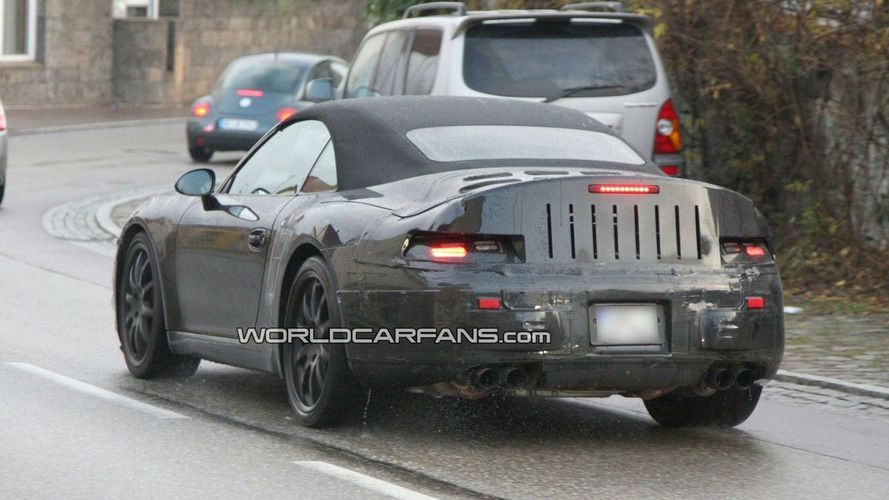 The next Porsche 911 Cabriolet was spied with less body armour than before. Some clear details include front LEDs and rear lights.

Our spies took these pictures of the upcoming Porsche 911 Cabriolet (rumoured model code 998 or 991) testing on the street. The exclusive model features an adjustable rear wing that forms part of the bodywork.

For the first time we can see the slightly different headlights which will be accompanied by the visible LED daytime running lights. Do not be fooled by those Turbo-style side air intake vents in the quarter panels because they are bogus. The rear lights seen through the big camo bum are the real deal. It seems Porsche will stick to the traditional soft top philosophy for the Cabrio instead of the relatively heavier tin-top others are employing.

Engine details are scarce but there is some hushed talk of a 390kW (530hp) to 400kW (544hp) Turbo model, meaning 419kW (570hp) for the more potent GT2 and Turbo S. All four wheels would be driven either by a 6-speed manual or a 7-speed PDK depending on how much torque is available.