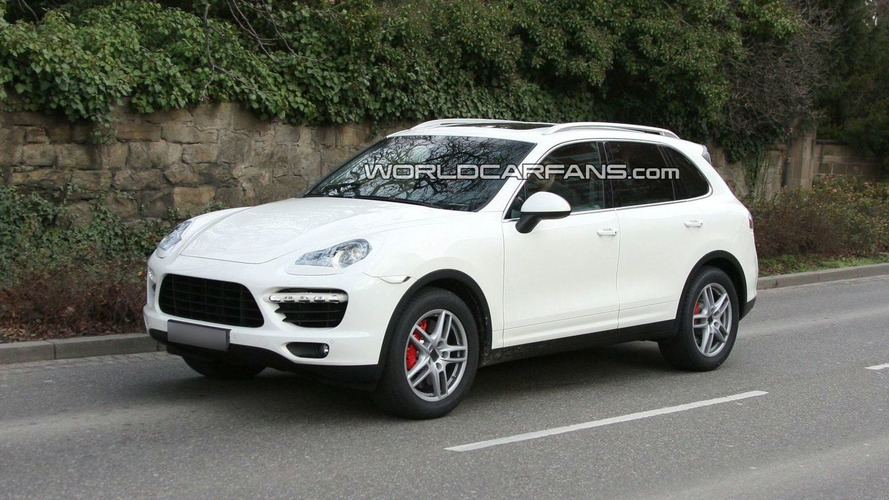 Appearing smaller and sleeker, the redesigned Cayenne looks much more palatable than the original.

Our spy photographers have managed to catch a 2011 Porsche Cayenne virtually undisguised.

While our spies didn't get close enough to see the interior, they've caught a few glimpses of the cabin on previous excursions. The Panamera-like center console features a large shifter and rows of buttons and switches. Above that resides a massive LCD screen, which is used for adjusting the navigation system and audio controls.

Like the 2011 Volkswagen Touareg (which shares a platform with the Porsche sport-ute), the new Cayenne will adopt a more street focused setup. This means much of the current model's heavy off-road equipment will be dropped in order to make the car lighter and more responsive.

Look for more information to be released when the Cayenne is officially unveiled at the Geneva Motor Show in March 2010.