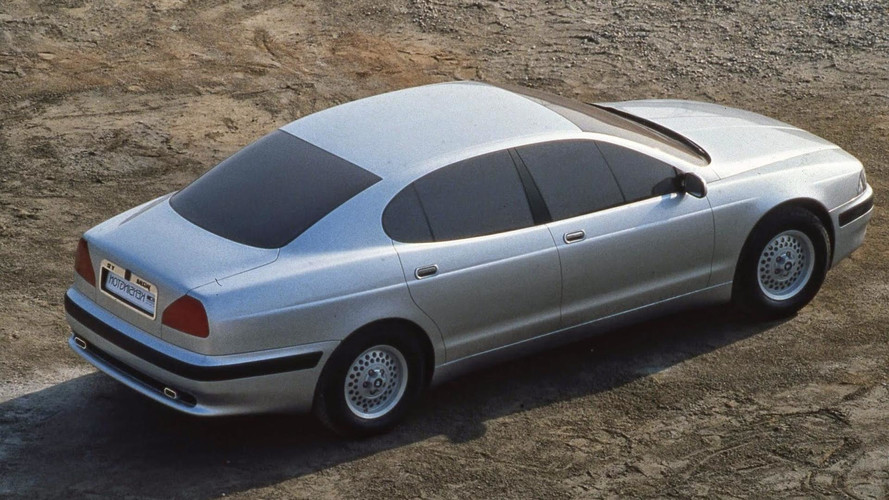 A Jag in its early days, a Daewoo in adulthood.

It’s not every day that we get to use the words “Jaguar” and “Daewoo” in the same sentence, so bear with us to find out the connection between the two very different automakers.

Envisioned by Italdesign as Jaguar’s stately sedan for the 1990s, the Kensington was unveiled at the beginning of the decade as a restyled XJ V12 with a swoopy roofline. Giugiaro’s skilled team wanted to move away from the XJ’s conventional three-box shape by taking a sleeker approach. Aside from fiddling with the roofline and raising it 25 millimeters to free up more headroom for rear passengers, the front overhang was elongated (+121 mm) while the one at the back was lifted and shortened (-185 mm), yet it still remained pretty big.

With a generous greenhouse, more modern headlights, and a downsized front grille, the Kensington looked quite different than the Jaguars of those days. The back of the concept also stood out, with an almost triangular configuration for the taillights flanking a rather narrow trunk lid opening. A pair of exhaust tailpipes with chrome tips was incorporated into the rear bumper to go along with that big “V12” logo on the chrome plate surrounding the license plate.

As for the interior, it continued the wraparound theme and had a pair of leather-wrapped cozy seats. Overall, it still looks modern even by today’s standards, 27 years later after its introduction. Speaking of which, the concept was originally unveiled at the 1990 Geneva Motor Show without an engine, but it evolved to become a fully working prototype later the same year for the British show.

Jaguar didn’t have much to say about the Kensington, which is why the XJ continued on its path as usual. However, all was not lost as South Korea’s Daewoo liked the concept and tasked Giugiaro to adjust the styling for a production model. Thus the Leganza (pictured above) was born in 1997, but there were no hardware similarities between the two cars.