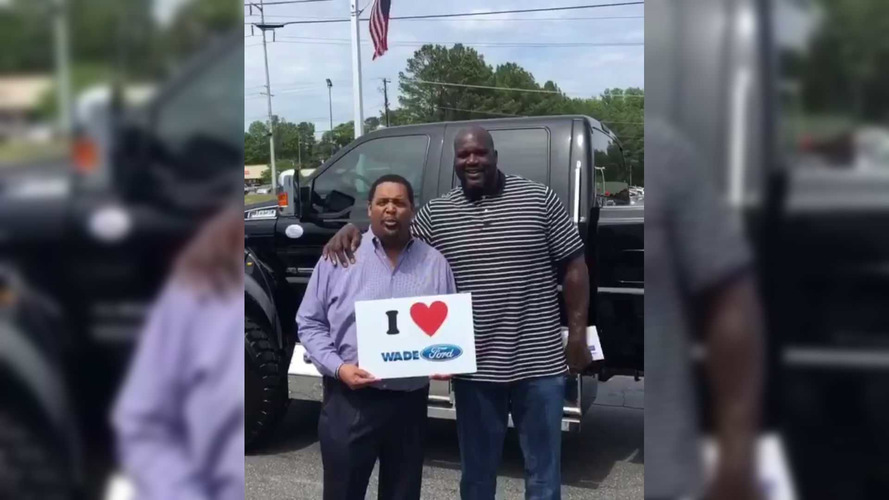 When NBA all star Shaquille O’Neal isn’t pushing luxury sedans like the Buick LaCrosse, the seven-foot celebrity is riding around in something a bit more suited to his big man needs: a massive Ford F-650. Recently Shaq stopped by Wade Ford in Georgia to pick up his new custom creation.

It’s called the F-650 Extreme, and it was custom created by Wade Ford and truck builder SuperTruck exactly to Shaq's liking. The shop reportedly builds a few of these custom rigs a year, and though they’re based on a standard F-650, they come with all the modern amenities you’d expect to find on more mainstream trucks.

In this case, the F-650 has been fitted with features like heated leather seats, an infotainment system with full navigation, Bluetooth, and HD radio. The interior, though it may look sparse, is well equipped.

Power comes courtesy of a 6.7-liter Powerstroke diesel V8 good for 330 horsepower (246 kilowatts) and 750 pound-feet (1,016 Newton-meters) of torque, more than enough to power this monster machine. With the standard F-650’s $55,955 starting price, SuperTruck says that custom rigs like this usually cost close to $109,750, according to Motor Authority. Shaq’s "Extreme" Ford was reportedly a bit pricier, costing closer to $124,000.

It’s definitely a one-of-a-kind truck for a one-of-a-kind personality. Shaq made sure to thank made to thank Wade Ford and the SuperTruck guys on Twitter, saying "Thanks Ford for making big trucks for big guys."