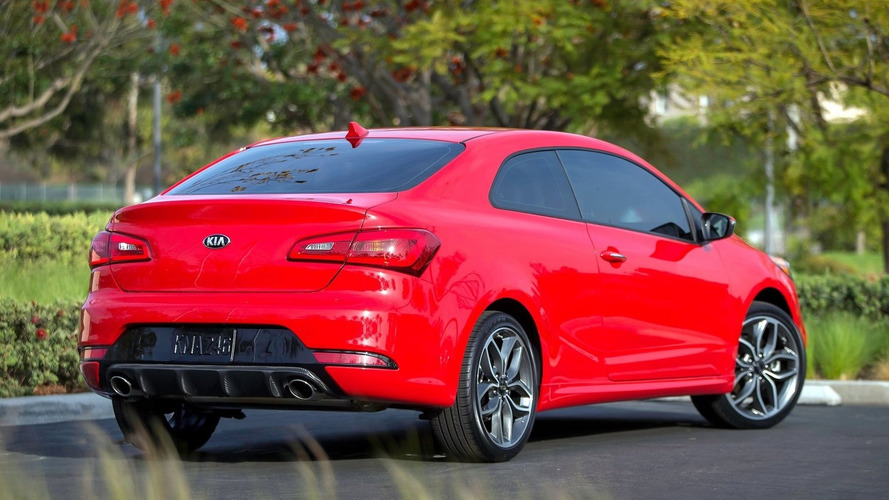 Let's pour one out for Kia's fairly attractive and affordable coupe.

Kia updated the Forte lineup more than a year ago at the Detroit Auto Show by giving the four-door sedan and five-door hatchback an array of cosmetic tweaks, along with a new S trim, and a 2.0-liter engine. The sleeker Forte Koup was supposed to receive just about the same goodies later in the year, but it never happened. Now we know why. Speaking with CarsDirect, Kia spokesperson James Hope revealed the Forte Koup is going to be axed after the 2016 model year:

“To better align with our customers’ purchasing trends, KMA will discontinue the two-door Koup following the sell-down of remaining 2016 model year inventory.”

That means new orders are no longer being taken for the model, but if you’ll hurry, you may still be able to find one in stock at a discontinued price. The EX with the 173-hp 2.0-liter engine is listed on the company’s website with a $19,890 MSRP starting price before destination and handling fees whereas the SX fitted with the beefier 201-hp 1.6-liter turbo is $20,690.

In reality, you’ll pay considerably less than that since there’s a $2,500 rebate applicable right now and the dealer might throw in an extra discount as well to clear out remaining 2016MY inventory.

While weak demand is forcing Kia to axe the Forte Koup, the other two body styles are actually doing great. James Hope says deliveries of the Forte family “reached new heights” last year and already 2017 is proving to be a success since sales in the first quarter have increased by almost five percent. The cheapest Forte money can buy right now is the sedan in the entry-level LX trim from $16,600 while the most expensive one is the range-topping Forte5 hatchback SX kicking off at $23,800.