Koenigsegg head of design shows you his tasty Mandarine Regera 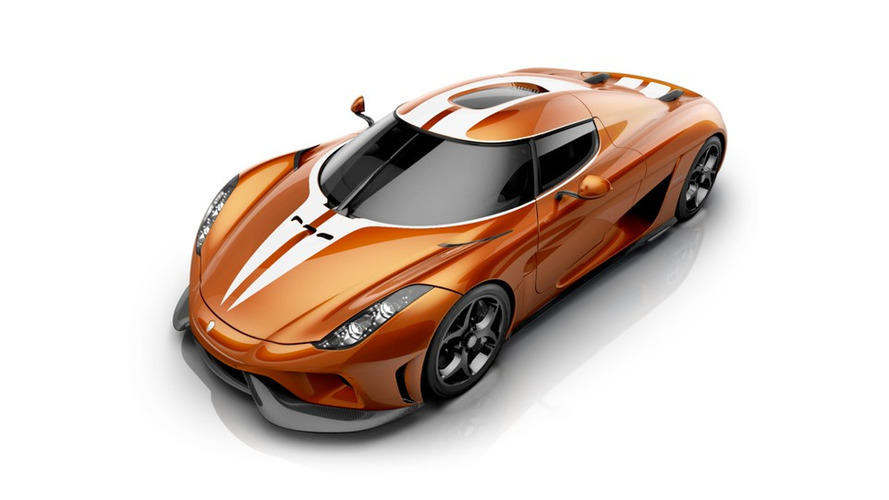 It's confirmed. The Regera looks incredible in just about any color.

Even the most boring color in the world like plain silver makes the Koenigsegg Regera look great. Give it an eye-catching hue such as orange and the 1,479-hp hypercar truly becomes a sight to behold. The latest spec presented by the Swedish marque belongs to none other than the company’s head of design, Joachim Nordwall.

He decided to go with a “Sweet Mandarine” main color combined with a new “Polar” striping package finished in Arctic White. For a bit of a contrast, the front spoiler lip and the side skirts have a bare carbon fiber appearance while lurking behind the naked carbon wheels are black brake calipers.

The exterior’s white accents continue on the inside where the Regera’s futuristic cabin has “Snow” inserts on the body-hugging leather seats adorned with black “Drift” stitching. The same color combo is noticeable on the rear wall, while the center stack has received a polished aluminum look to round off the tweaks.

Check out other Regera specs created by Koenisgegg's staff:

Hopefully in the not-too-distant future, we will all be able to play with an online configurator created for the Regera. Koenigsegg has made the promise to have one ready for everyone to enjoy and dream of owning one of the most specular road cars ever created.

It will be a rare sight on the roads taking into account only 80 cars are going to be made of the 248-mph beast. It costs roughly $1,890,000 before any applicable taxes and fees, but we don’t know how many are still up for grabs today considering Koenigsegg had no problems in selling half of production run even before the Regera’s official debut in production guise at the Geneva Motor Show a year ago.