The Consumer will bend your definition of 'car' 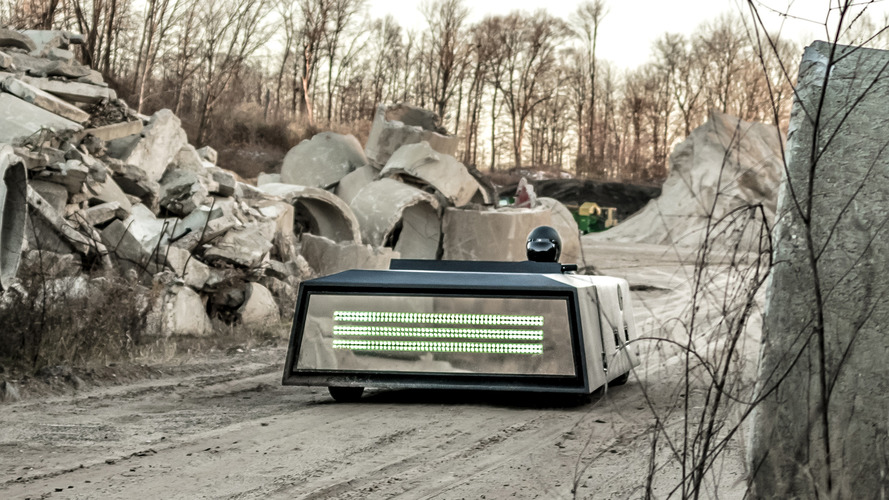 Yes, Joey Ruiter's latest creation is a vehicle. But is it a car?

“What happens when what you’re expecting isn’t there?”

This is the sort of question that drives the design aesthetic of Joey Ruiter, generally speaking, and specifically the impetus behind his latest motoring think-piece, called “Consumer.”

I first met Ruiter a few years ago, when I had the chance to drive his Reboot Buggy. That vehicle – a truly elemental, futurist take on an off-roader – was one logical result of the the same question that drove Consumer’s creation: “What does the car want to be?”

Then the answer was an almost agricultural expression; the Reboot Buggy was a vehicle that would fulfill the old Model T brief as a replacement for the farmer’s go-anywhere horse and buggy. Now, Consumer is focused on modern and urban concerns about daily driving, while defying just about every expectation about what it means to be a “car.”

The name itself is a subtle play on our own culture, obviously, but also a statement about the strongest element of the vehicle’s design: its expressive grille. The nose features a gigantic two-way mirror – surrounded by a wraparound air intake – that hides massively bright LED lights. Some 54,000 lumens (mercifully angled downward so as not to blind oncoming drivers) can be produced by the hidden lights, directing three stark white beams forward. The overall design gesture, Ruiter says, “consumes everything,” light, darkness, air, and space.

The edgy, geometric silhouette of the vehicle is an exercise in just how far it is possible to push nearly every automotive design convention. Ruiter points out that, “Every car designer starts with the wheels,” and has therefore all but eliminated the rolling stock from Consumer’s profile. If you look closely you can see a smidge of black rubber peek out from under the angular bodyside, but it’s discreet enough that, from a distance, the car appears to be hovering.

Ruiter points out that, “Every car designer starts with the wheels,” and has therefore all but eliminated the rolling stock from Consumer’s profile.

Of course, the details of Consumer are much more multifaceted than a cursory glance at the slab-sided shape will reveal. To start, the surfaces of the bodysides are really diverse: the non-mirror portion of the front end is made of subtly faceted metal (and folds fully forward to reveal the engine), while the back portion is skinned in a high-tech, plant-based, indoor-outdoor fabric called Xorel. Utterly functional elements like side-steps (there are no doors) and the matte gas cap become almost decorative in this context.

Believe it or not, there is a functional vehicle under that concept car exterior, and one with appropriately small dimensions for urban environs. With a wheelbase around 90 inches, and an overall length of 135 inches, the footprint of Consumer is considerably more petit that a Mini Cooper Hardtop, for instance. And with a curb weight of just 1,250 pounds, the economy car origins of its front-mounted powertrain don’t stop it from being giggle-inducing to drive. The open top and ground-hugging height (just 33-inches tall) allow the driver to feel seriously involved in the forward progress, too.

With a curb weight of just 1,250 pounds, the economy car origins of its front-mounted powertrain don’t stop it from being giggle-inducing to drive.

Ruiter says driving Consumer is just shy of riding a motorcycle, a feeling I hope to experience for myself before too long. The designer is based in Grand Rapids, Michigan, or just a quick trip across the state from the Motor1 headquarters. A firsthand drive by yours truly seems fated…

We all see concept cars and design experiments, en mass, each auto show season. But what excites me about Ruiter’s work is that, well, it works. Consumer’s design may fight with our default expectation of what a vehicular object should look like, but, hell, it doesn’t take a car enthusiast to want to drive the thing.